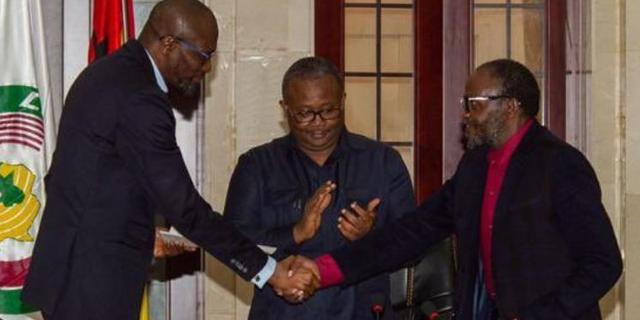 The signing of a peace agreement between Senegal and rebels in Casamance is “an important step” towards ending the nearly 40-year conflict in the southern region of Senegal, a mediator said.

Under the peace deal signed in neighboring Guinea-Bissau last week between Senegal and the Movement of Democratic Forces of Casamance (MFDC), the Casamance rebels have pledged to lay down their arms and work for the definitive return of peace in this region.

An emissary of Senegalese President Macky Sall and rebel leader César Atoute Badiate, head of a unit of the MFDC, signed the agreement at the presidency of Guinea-Bissau.

“This is an important step towards definitive peace. For nearly four years, the MFDC has said it would lay down its arms but had never signed it,” former minister Robert Sagna, head of the Groupe de réflexion pour la paix en Casamance (GRPC), a mediator in the crisis in Casamance, told iradio (private).

The Senegalese Head of State has made “definitive peace” in Casamance one of the priorities of his second term. His negotiations for a settlement of the conflict have not led to a final agreement, complicated by divisions within the MFDC.

“You went into the bush when I was 10 years old. Today I am 50. I think that’s enough now. (…) How many people have died, been maimed or left their villages? We will accompany you in the search for peace,” said Guinea-Bissau head of state Umaro Sissoco Embalo, addressing the rebel leader. “I can assure you that we are going to be the guarantors of this agreement,” continued Embalo who is also the current president of the Economic Community of West African States (ECOWAS).

The MFDC has been waging a low-intensity conflict since 1982, causing several thousand deaths. This conflict remained latent until the launch in January 2021 by the Senegalese army of a major offensive against the rebels. The Casamance rebels, accused of trafficking in timber and cannabis, have often taken refuge in Gambia or Guinea-Bissau, which also shares a border with Senegal.