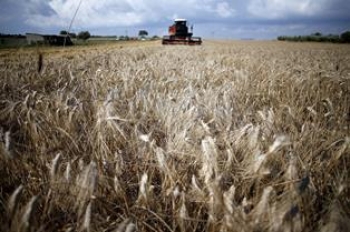 A team from the UK Agriculture & Horticulture Development Board (AHDB) visited lately Morocco looking for export opportunities for UK wheat and barley crops.

The announcement was made Wednesday by AHDB, a levy board funded by farmers and growers. The visit comes as Morocco experienced in 2022 a tough year due to water shortage, affecting farmers.

In 2021, Morocco’s cereal production reached record highs (10.3 million tons). This year, cereal harvest statistics peg the country’s production at three million tons. The federation that represents Moroccan millers estimates that up to 70 pc of the harvest has been lost, triggering a heavy import campaign in volume and value.

Recently, France has topped the list of suppliers to Morocco. This is set to continue, with the country forecast to supply at least half of Morocco’s estimated seven million ton-wheat import demand.

Traditionally, Ukraine and Russia account for around 35% of the Moroccan wheat import requirements. However, war is disrupting the flow of grain from these two countries and this creates opportunities in the global marketplace.

According to AHDB, Morocco’s biscuit market offers an opportunity for UK biscuit-wheat producers as annual demand in this country stands currently at 80,000 tons and is growing.

The growth is linked to a change in the diet of Moroccans, which is becoming more westernized and includes a taste for European-style biscuits.

To keep with growing demand, biscuit factories are popping up across the country and they export their products across Sub-Saharan Africa.

Furthermore, barley is used for animal and for human consumption, especially in southern Morocco. Each year, up to 100,000 tons are used to produce Moroccan soups that are rich in fiber and low in gluten.

This season, Morocco is expected to import all its barley – up to a million tons, says UK Agriculture & Horticulture Development Board.