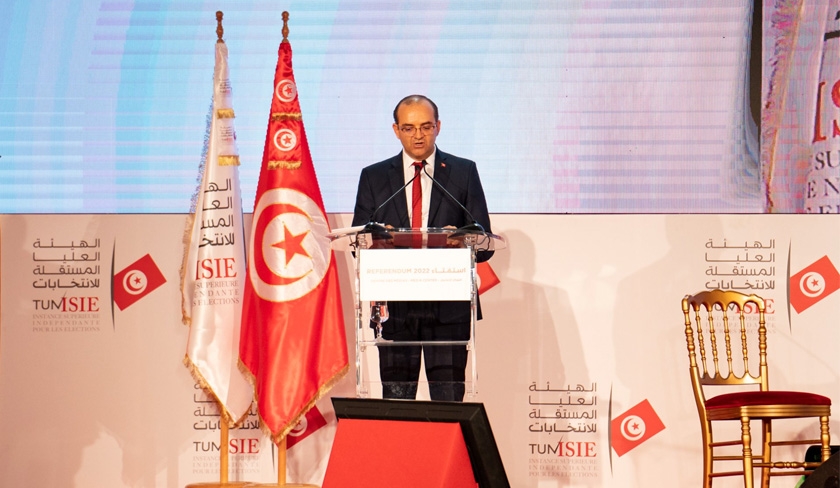 Tunisia’s independent electoral commission, ISIE, Tuesday said it will sue any person who accuses it of having cooked results of the unpopular July 25 referendum that adopted President Kais Saied-proposed new constitution.

Farouk Bouaskar, President of the body, also said during a press conference any attack on the commission members will be subject to lawsuit.

The ISIE has come under scrutiny during and after the referendum boycotted by a vast majority of voters on the rolls.

The institution put turnout at 30 per cent while several critics including political parties and civil society groups who called on citizens to boycott the process say the figures were inflated.

Bouaskar also indicated that three organizations namely I Watch, Afek Tounes party and Achâab movement lodged complaints with the administrative tribunal against the referendum but not against the results.

Sami Ben Slama, an ISIE member, slammed Bouaskar for preventing him from accessing the congress place where counting was conducted the day after the referendum.

“The ISIE used the means of the state and the communication service of the body to demonize him and make people forget the disaster they caused. They want to make people forget the great crime they committed by taking an illegal and illegitimate decision to ban me from the operations room of the ISIE. This is the main cause of the disaster that took place and affected the integrity of the body. I was denied access to the Congress Palace in a criminal manner, using public force, thus preventing me from fully playing my role as a full member of the body,” he said on his Facebook page.

The electoral body has announced legal action against the dissident.