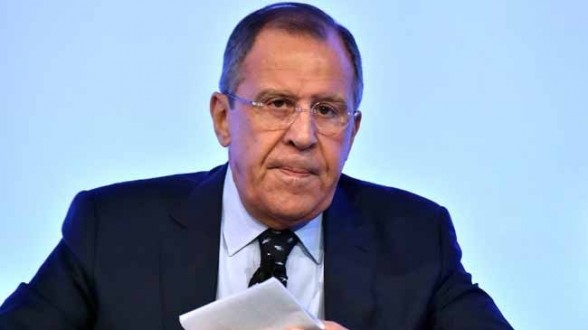 Following a visit to Egypt and the Republic of Congo, Russian Foreign Minister Sergey Lavrov has now (26 July) arrived in Uganda as Moscow aims at strengthening its ties with the continent. Uganda’s President Yoweri Museveni has a long history of balancing strong relations with Western allies and good ties with Moscow.

Lavrov has earlier wrapped up his visit to the Republic of the Congo, the second leg of his African tour — one of many African countries that has refused to join Western condemnation and sanctions over the Russian invasion of Ukraine. African countries, which have a complicated legacy of relations with the West and the former Soviet Union, have largely avoided taking sides over the war in Ukraine. This is mainly because the relations are complicated by their dependence on imports of Russian grain and to some degree energy, on the one hand, while, on the other, their need to also buy large quantities of Ukrainian grain and the lure of Western trade ties and aid flows.

Africa is currently also being courted by the West, with French President Emmanuel Macron having just kicked off his three-nation tour of western Africa and US Special Envoy for the Horn of Africa Mike Hammer on his way to Egypt and Ethiopia. Following his trip to Uganda, Lavrov will then head to Ethiopia, where African Union (AU) diplomats said he had invited ambassadors from several member states to a private meeting on Wednesday (27 July), dismaying Western donors. The goal of the meeting was reportedly to deepen cooperation between Russia and African states. According to diplomatic sources from the AU, the planned meeting, which would coincide with Hammer’s visit, was causing friction among Western donors because it signaled a pivot towards Russia.

In a column published in newspapers in the four countries included in his tour, Lavrov praised Africa for „[its] considered position as to the situation in and around Ukraine“ and for resisting what he called Western attempts to impose a unipolar world order. Western powers have blamed Russia for the crisis, and last week the United States announced a $US 1.3bn package to help tackle hunger in the region. Russia blames Western sanctions for grain supply problems.