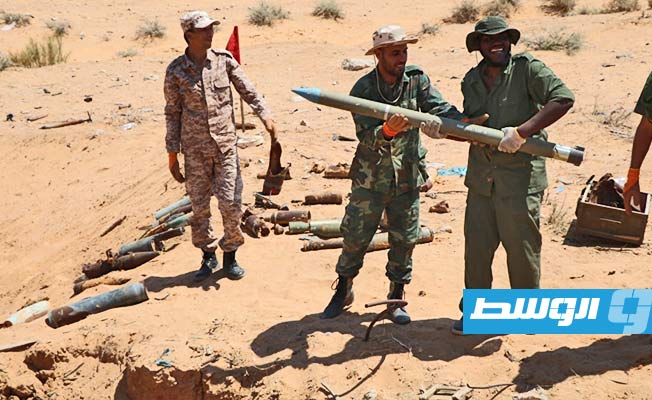 The Military Engineering Department has recovered and transported five tons of war remnants that were collected from Tripoli International Airport, al Wasat media reports citing the department.
Five tons of mines and remnants of war were collected at the airport, the department said in a statement on Wednesday.
The war remnants will be dispose of, in accordance with safety regulations, in the Al-Hira region in accordance with international standards.
UNICEF, the Libyan media notes, estimates indicate that more than half a million people are at risk in Libya because of these explosives. Libya has slid into chaos since 2011 in the wake of the NATO-backed uprising that removed former leader Muammar Gaddafi.
The UN has imposed an embargo, on weapons, on the country but warring factions in the country supported by foreign countries are still managing to smuggle in arms.