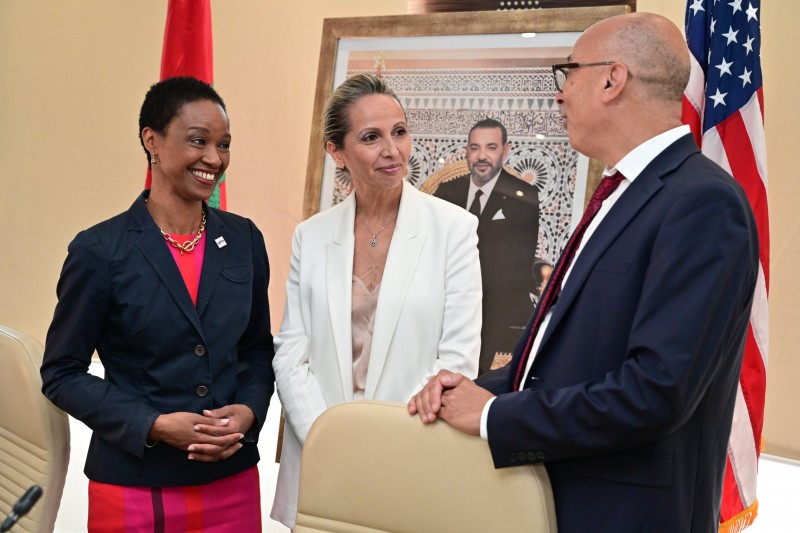 The U.S. Trade and Development Agency announced this Thursday it will fund a feasibility study to transform the power distribution infrastructure in Marrakech into a smart grid.

The announcement was made on the sidelines of the 2022 U.S.-Africa Business Summit taking place in Marrakesh. The study will be carried out by Washington-based Africa Climate Solutions with a grant awarded by the USTDA to Régie Autonome de Distribution d’Eau et d’Electricité de Marrakech (RADEEMA).

The project is the first of its kind in Morocco and will serve as a model for other Moroccan cities.

“USTDA is partnering with RADEEMA and like-minded utilities around the globe to lay the foundation for a clean energy future,” said Enoh T. Ebong, USTDA’s Director.

“Smart grids are an important component of USTDA’s climate-smart infrastructure portfolio. They improve power sector efficiency and facilitate the integration of renewable sources of power, including rooftop solar, into the grid”, added Ms. Ebong, stressing USTDA’s commitment to advancing smart and sustainable energy solutions in partnership with overseas partners and U.S. industry.

USTDA’s study will define the technical, economic, and regulatory framework for the proposed project and develop an implementation plan to guide the deployment of smart grid infrastructure in Marrakech.

The project will help reduce technical and non-technical losses and the frequency and duration of power outages in Marrakech and support the integration of renewable energy sources into its grid.

For her part, Nadia el-Hilali, General Manager of RADEEMA said: “We are honored to be the recipient of USTDA’s grant for the smart grid feasibility study.”

Thanks to this project, “RADEEMA will contribute to achieving the objectives of our national energy strategy to integrate renewable energy while reducing losses on the network,” she said.

“This project is a great example of the value that U.S. government expertise can bring by connecting American companies with Moroccan partners to further support Morocco’s ambitious clean energy goals,” said Lawrence M. Randolph, Chargé d’Affaires at the U.S. Embassy in Morocco.