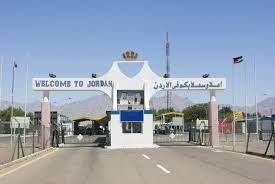 The mediation conducted by King Mohammed VI that led to opening of the Allenby Border Crossing 24/7 has been commended by many politicians, MPs, and analysts, who described the opening of the border crossing as a diplomatic and humanitarian breakthrough.

The opening, without interruption, of the Allenby/King Hussein border crossing, linking the West Bank and Jordan, is a “diplomatic and humanitarian breakthrough” made possible thanks to Morocco’s direct mediation under the leadership of King Mohammed VI, The Executive Director of the American Sepharede Federation (ASF), Jason Guberman said on Sunday.

The mediation, conducted by the Kingdom of Morocco and the United States of America, has led to an agreement for the permanent opening of this crossing, which is the only opening of the Palestinians to the world.

“HM King Mohammed VI should be commended for the diplomatic and humanitarian breakthrough between Israel, the Kingdom of Jordan, and the Palestinian Authority to open the Allenby/King Hussein Bridge 24/7”, he underlined.

He stressed that facilitating trade and travel is a tangible way to build much needed trust, the basis for peace and prosperity amongst the partners.

“Tellingly, this announcement came a couple of days after King Mohammed VI, as the Commander of the Faithful, created three representative bodies to strengthen Judeo-Moroccan culture, heritage preservation, and the bonds connecting Moroccan Jewry globally”, Guberman pointed out.

He said that the link between the two announcements translates the King’s vision “to exemplify the Moroccan model of coexistence, a source of strength at home and increasingly abroad.”

In the same vein, several Italian parliamentarians hailed the direct mediation of Morocco, under the leadership of King Mohammed VI, which led to the opening, without interruption, of the Allenby/King Hussein border crossing.

Italian senator, Adriano Galliani, welcomed the efforts undertaken by the King for peace in the Middle East, stressing that “a new phase of prosperity is opening for the Palestinian people, thanks to this crossing.”

“The opening of the said border crossing is a positive step to reopen the prospects for peaceful dialogue and cooperation in the Middle East,” wrote in a tweet the first secretary of the Italian Chamber of Deputies and president of the Italy-Morocco interparliamentary friendship association, Andrea De Maria.

Another Italian MP Paolo Grimoldi pointed out that with this new move, Morocco “is standing out once again as a guarantor of stability in the Mediterranean and the Middle East.”

“The Abraham Agreements continue to bear fruit,” wrote in a tweet the chairman of the Italian parliamentary delegation to the Organization for Security and Cooperation in Europe (OSCE), referring to the Israeli authorities’ decision to open, without interruption, this border crossing.

Member of the European Parliament Andrey Kovatchev hailed the opening of the border crossing, linking the West Bank and Jordan, thanks to direct mediation by Morocco, calling it an “important step towards peace in the region.”

“Deep gratitude to HM King Mohammed VI for the key role he played in this important step towards peace and reconciliation in the region”, tweeted the MEP and spokesman for enlargement and the southern neighborhood of the European People’s Party, saying he was ”delighted with this decision.”

Khalil Al-Tafakji, director of the cartography department at Bayt Al-charq (Orient House) in Al-Quds, on his part commented that Israel’s decision to open the Allenby border crossing is the result of the “soft and serene” diplomacy conducted by King Mohammed VI, away from the spotlight.

“We look forward to His Majesty the King’s continued efforts to achieve the expectations of the Palestinians to establish their independent state,” he said, recalling that the Sovereign, as chairman of the Al-Quds Committee, has always supported the resistance of the holy city’s inhabitants and the preservation of the cultural and civilizational identity of the Al-Quds.

He added that the opening of the Allenby border crossing, the only one connecting the West Bank to Jordan, will help improve the lives of Palestinians, preserve their dignity and guarantee them a smooth freedom of movement outside the Palestinian territories.

In the same context, media professor at the Palestinian University of Hebron, Said Chahin, praised the efforts made by Morocco and King Mohammed VI, Chairman of the Al-Quds Committee, which succeeded in convincing the Israeli side of the importance of opening the vital “Allenby/King Hussein” border crossing.

The announcement of this step was made thanks in particular to the laudable political and diplomatic efforts of King Mohammed VI, he said, noting that the King’s political and diplomatic efforts have helped convince Israel of the feasibility of opening this vital passage, and that the Sovereign has strong and personal relations with the United States, which have been invested in this direction.

Chahin who recalled that Morocco has played and continues to play a central role in supporting the Palestinian cause at all levels emphasized that thanks to Morocco’s direct mediation, under the leadership of the King, and to the United States, this important step comes to facilitate the movement of the Palestinians, to put an end to the tragedy and suffering they endure when they want to move out of the West Bank, and to allow them to live a better life that preserves their dignity and rights.

Several international, Arab and Israeli media, have also commended the Sovereign’s mediation and his diplomatic and political action that made it possible to achieve a historic achievement: convincing Israel of the importance of opening this bridge without interruption.

It is the first time that Israel accepts the uninterrupted opening of this bridge since 1967.