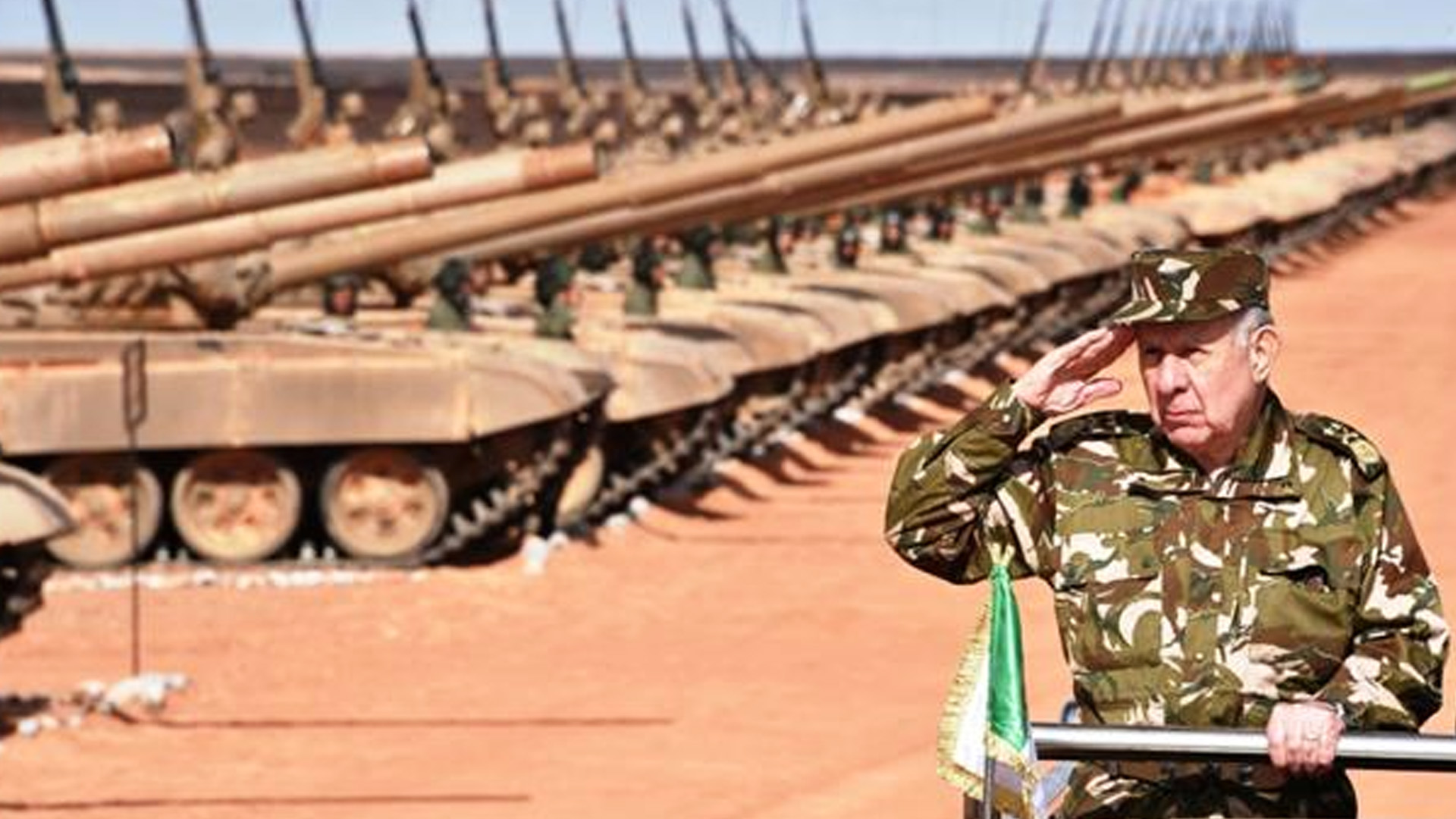 Algeria, a nation forced to live in the past

Algeria is a predominantly young nation ruled by an aged and ailing military junta that is set to continue rehashing myths putting the country on the track of war and instability.

The commentator of a military parade on Algeria’s national TV gives the impression of a North African version of North Korea, where the military is used to distract its angry people from the daily woes: unemployment, inflation, hunger, lack of basic goods and instability.

Algeria’s old leaders whose rhetoric is bogged down in a bygone era of the liberation war from France seems disconnected from the real challenges facing the oil and gas dependent country.

The current Algerian leadership, which stemmed from a coup against a civilian provisional government, has nothing to do with the war of liberation. Its leaders Ben Bella and Boumedien have enjoyed the comfort of staying in Morocco while true Algerian resistance leaders suffered France’s hostilities.

When Algeria won its independence, Boumedien’s army staged a coup and a purge against the genuine leaders who believed in Maghreb integration and shared destiny.

The current Algerian military has not taken part in the war against liberation nor do they have an ethical and democratic legitimacy, leaving them exposed to youth anger as the main party that is responsible for Algeria’s backwardness.

Therefore, the army needs a cause or a scapegoat and they picked their powerful neighbor, Morocco, whom they depict unjustly as a threat to the Algerian nation, in a failed bid to show why the army should stay in power.

The military parade exposing Soviet-era and Russian equipment that have proved to be inefficient in recent wars, including the current conflict in Ukraine, takes place at a country where people are suffering from a lack of milk and cooking oil, not to mention the lack of liquidity and endemic inflation.

As the international committee for Mediterranean games deplores lack of drinking water, Algeria’s military junta is more concerned about reflecting an image of false grandeur to distract the oppressed Algerian people from its real problems.

The younger generation that has taken to the streets until its pro-democracy Hirak was stifled by a regime of cold-war minded elderly. The figures of Algerian illegal migrants taking the risky sea routes to Spain reflect the reality of a country that has squandered its oil and gas wealth to enrich a bunch of senior army officials with a vested interest in the status quo.

The commentator on the military parade has been referring every now and then to the “enemy” showing soviet-era and Russian airplanes saying “these can destroy the enemy’s rear base,” in an obvious allusion to Morocco!

Algeria wants war because its army needs to justify its power grab but it uses war only as a rhetorical means to distract its people and intimidate them into accepting the army’s firm grip at all the levels of the state.