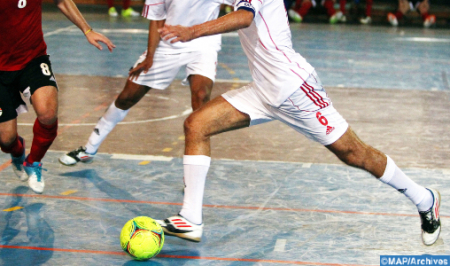 The Moroccan national futsal team has qualified for the quarterfinals of the Arab Futsal Cup being held in Dammam in Saudi Arabia.

Morocco defeated in the group stages all his three challenges, namely Kuwait (6-4), Somalia (16-0), and Mauritania (13-0), taking the lead of the group.

In the same group, Kuwait will face Somalia, and the result of this match will determine which team will accompany the Moroccan team to the next round.

Morocco is the defending champion of the Arab Cup that  was held in Egypt.