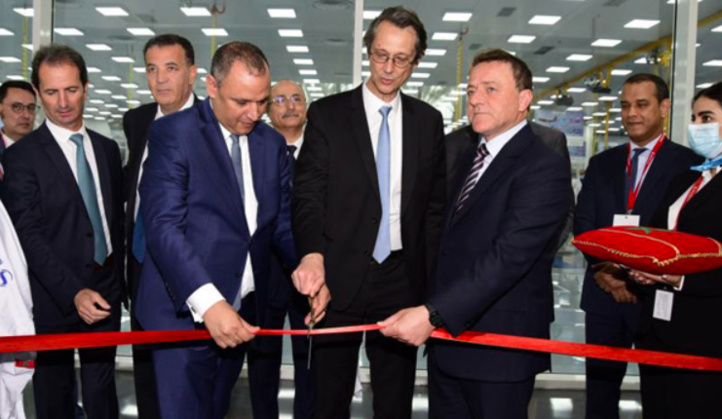 Safran has invested €11 million in the site, which integrates the highest standards in the aviation industry. It thus becomes Safran’s reference site in Morocco, supporting a strong ambition to digitalize its production processes and reduce its environmental footprint.

Following inauguration ceremony of expanded site, Morocco’s Industry Minister Ryad Mezzour said this new state-of-the-art investment by the world leader illustrates the exceptional partnership and the dynamic that the aerospace industry is experiencing in Morocco.

“Safran provided its support for the development of skills and maturity in this industry, and the interest the Group is taking in the Moroccan aerospace platform and its human capital contributes to the strengthening of the sector’s competitiveness and the integration of higher value-added activities”, he added.

“Morocco is now entering a new aerospace industry era that will make our country a center of technology and excellence and will enable it to gain a position as a major player on a global scale”, stressed the minister.

For his part, Olivier Andriès, Safran’s CEO, said: “I am delighted to inaugurate this extension, which confirms Safran’s commitment to sustainably develop its presence in Morocco”.

Safran Nacelles Morocco, established in March 2005, is the largest aerospace production site in Morocco. It specializes in the manufacture of composite materials and the assembly of nacelles – air inlet, engine cowls and thrust reversers – and their sub-assemblies.

North Africa Post's news desk is composed of journalists and editors, who are constantly working to provide new and accurate stories to NAP readers.
NEWER POSTTunisia: New Constitution does not mention Islam as state religion
OLDER POSTIsrael reaffirms support for Morocco’s sovereignty over its Sahara