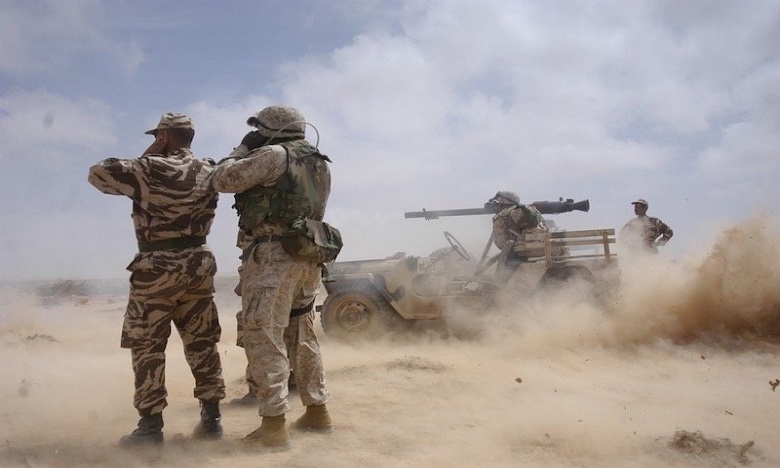 Morocco and the US kick started this Monday Africa’s largest military exercises which also bring along troops from 18 friendly countries to enhance inter-operability and readiness against traditional and new threats.

In an opening speech, Inspector general of Morocco’s Armed Forces Belkhir El Farouk underscored the need for friendly armies to work together in synergy to champion the ideals of peace and security.

“Therefore, this exercise is part of this approach in cohesion with the aspiration of our countries and the needs for modern engagement,” he said.

He underscored in particular the need for joint exercises such as the African Lion in terms of promoting operational interoperability.

The African Lion is an annual event which runs until June 30 bringing together 7500 soldiers from 20 countries led by Morocco and the US.