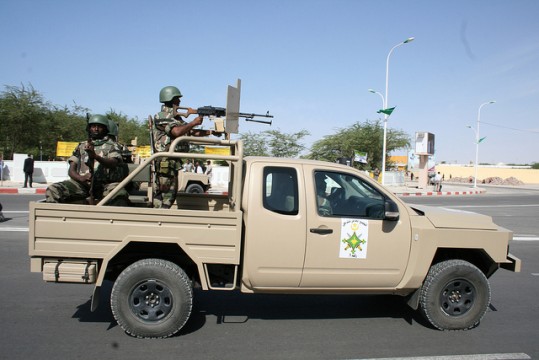 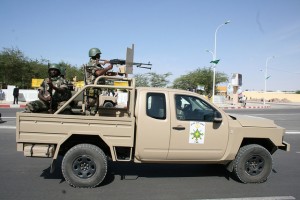 Mauritania, one of the world’s poorest countries, has received over $ 10 Million grant from the European Union to help the country enhance its border security and strengthen its capacities in the fight against terrorism and all forms of illegal activities (drugs, weapons & human traficking), sprouting in the region.
The grant will enable Mauritania set up “border posts” and beep up border guards, along its 2,200km frontier with Mali, wherein al-Qaeda in the Islamist Maghreb (AQIM) and other jihadist organizations are expanding their influence and making safe havens, particularly in northern areas, which are outside government control.
Mauritania, member of the Maghreb Arab Union, is a transit zone for migratory movements from sub-Saharan Africa to Europe.
Since 2006, the European Union has given Nouakchott a total USD 25 million to support its efforts and strategy to better curb and cope with migration, borders and security challenges. The EU funds helped Mauritania combat violent extremism, through improving the country’s capacity and boosting regional cooperation in the fight against terrorism and international crime.