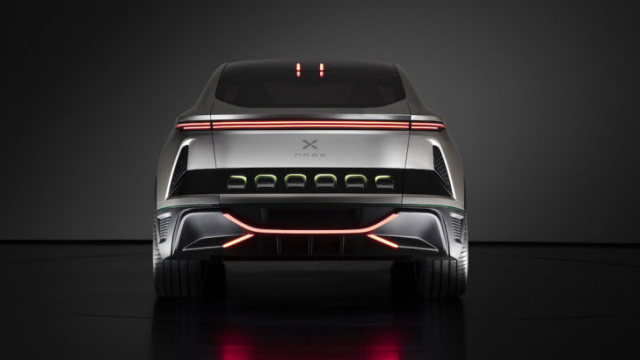 Franco-Moroccan young man, Faouzi Annajah, has stunned the world as he became the first manufacturer of a car running on hydrogen, the currently much sought-after energy resource.

The 29-year-old entrepreneur has unveiled NamX; a SUV car prototype, with the help of several partners including Italian and world renowned design house Pininfarina.

The inauguration took place earlier this month at the headquarters of PININFARINA in Turin. The SUV prototype is world’s first car partially powered by a patented removable tank system that promises to change the experience paradigm of clean mobility and make hydrogen fuel widely available.

The car is part of a large-scale industrial and technological project whose ambition is to reconcile human mobility and environmental preservation thanks to green hydrogen. The technology is unique and helps greening mobility. Hydrogen is considered world’s energy alternative to decarbonize mobility.

NamX also allows home deliveries and a tank change in seconds – changing therefore the experience of clean mobility by providing the fluidity, flexibility, and accessibility. Additionally, the NamX and the technology, according to Hydrogen Central, allow for the revival of the historical promise of freedom that is attached to the automobile and to place it into a sustainable future, where mobility takes place harmoniously within the environment.

Faouzi Annajah has been in the automobile industry for several years. The serial entrepreneur had worked for Volkswagen. He has started NamX with Thomas de LUSSAC; an enthusiast of science fiction. The project is a joint vision.

The NAMX HUV, according to its designers, is powerful and asserts a conquering stance. PININFARINA has brought Italian elegance and an unparalleled sense of proportion and detail to the design.