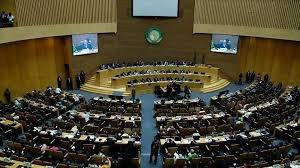 The terrorist threat is becoming more aggressive in Africa, with the rise of new groups sowing chaos, said Moroccan Foreign minister Nasser Bourita at the African Union Extraordinary Summit which opened Saturday in Malabo to discuss terror threats and military coups in the Continent.

Terrorism is evolving towards a nexus between terrorism, separatism and criminality, warned Mr. Bourita, who represents King Mohammed VI in the Summit.

The 85 member states of the Global Coalition against ISIS, which met in Marrakech on May 11, sounded the alarm against the mounting danger of this nexus, recalled the minister, stressing the need of strengthening collective efforts to address this mutating threat, while Africa is rocked by a series of crises and insecurity.

Terrorism feeds on instability, insecurity, precariousness and separatism. The Continent’s security indicators are turning red, said Morocco’s top diplomat, citing in this regard the AU Action Plan on the prevention and the fight against terrorism.

The minister called for the deployment of a strategic African action against terrorism based on a global and integrated approach combining security, economic, social cultural and religious actions

Addressing the summiteers, UN Under-Secretary-General for Counter-Terrorism Vladimir Voronkov stressed the important role Morocco and Kenya play in providing the continent with the needed resources to counter terror threats.

The fight against terrorism has become a priority in Africa, said Chief of the UN Office of Counter-Terrorism (UNOCT), affirming that the unconstitutional changes in Africa undermine counter-terrorism efforts and pose a great threat to human rights and the rule of law.