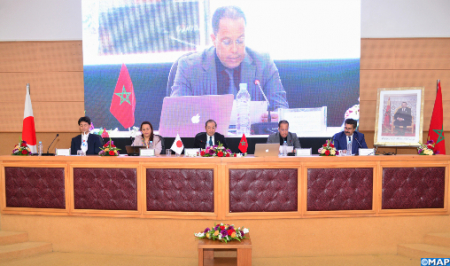 Morocco, Tunisia, and Japan are pooling efforts to valorize bio-resources in North Africa.

In this connection, the three countries held a seminar in Rabat on the collaborative research and technical cooperation project on “the scientific development of biological resources in arid and semi-arid areas for the creation of a new industry.”

Funded by the Japan International Cooperation Agency (JICA) and the Japan Science and Technology Agency (JST), as part of the Partnership for Scientific Research and Technology for Sustainable Development (SATREPS), this project aims to establish scientific evidence on the medicinal and industrial values of specific and abundant bio-resources in the North African region.

The project also aims to develop scientific technologies to process, enhance and further promote the sustainable use of these bio-resources, especially those producing oil such as Argan and olive, among other aromatic and medicinal plants.

This project, implemented in Morocco and Tunisia since 2016, has enabled the participating institutions in Morocco, namely the Hassan II Agro-Veterinary Institute (IAV) in Rabat and Cadi Ayyad University in Marrakech, to benefit from a number of technical trainings in Japan, using state-of-the-art equipment provided by the project.

Under this project, Moroccan researchers have produced 60 publications and 80 papers that were presented at international conferences, highlighting the success of scientific collaboration with Japan.

The Japanese ambassador to Morocco, Hideaki Kuramitsu, noted that the technical assistance scheme SATREPS, designed by Japan, represents an opportunity for researchers on both sides, to inaugurate a new era of ownership of research projects that were previously done in external laboratories.

In addition, Kuramitsu welcomed the policy of great economic change operated by the new development model towards a knowledge-based green and inclusive economy, ensuring that scientific research and innovation are disciplines capable of providing real solutions to such a change.