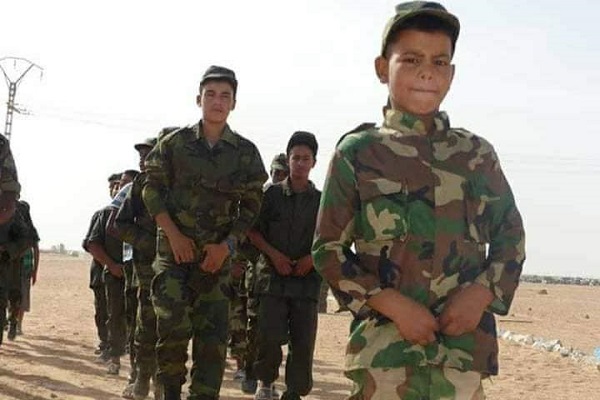 Polisario’s serious violations against children in Tindouf exposed in Casablanca

Polisario’s serious violations against children sequestered in the camps of Tindouf in Algeria were exposed, Wednesday evening in Casablanca, by the president of the Sahara Observatory for Wealth and Human rights, Hafdi Mohamed El Bachir.

Speaking at a ceremony held at the Moulay Rachid complex on the celebration of the National Day of the Child, Mohamed El Bachir stressed that the Algeria-backed separatist group inflicts the most heinous forms of rights abuse (violence, exploitation, forced recruitment …) on sequestered children, in flagrant violation of all international charters relating to the rights of the child.

The separatist front snatches sequestered children from their parents and sends them abroad to be brainwashed and to hate anything that goes against the front’s separatist doctrine, while depriving them of their basic right to education for fear that they will see the reality of the separatist chimera, Hafdi Mohamed El Bachir said.

The front is forcibly enlisting these children in violation of all international charters on children’s rights, including the UN Convention on the Rights of the Child, the African Charter on the Rights and Welfare of the Child and the Statute of the International Criminal Court, the activist said, noting that the sequestered children may also be subject to murder, mutilation and sexual violence by the polisario militias.

In this regard, Mohamed El Bachir noted that the international community is unanimous in classifying the recruitment of children by armed groups as “war crime”.

The UN Security Council has strongly condemned the recruitment and use of children in armed conflict, he said, calling for an end to these practices.

Many stakeholders and defenders of children’s rights took part in the ceremony, organized by the Moroccan Office for Human Rights and Citizenship in coordination with civil society organizations and in partnership with the district of Moulay Rachid.