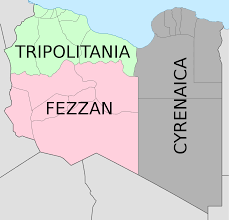 France is reportedly preparing to host a Libyan conference for the creation of an independent state in the oil-rich North African country as part of a colonial empire agenda.

An 11-member delegation of Fezzan, a southern region in Libya, is currently visiting Paris to prepare for the conference, whose central objective is to propose a federation of the three regions of Tripolitania, Cyrenaica, and Fezzan, Mondafrique reports.

The delegation from the southern region is currently in France to moderate the conference coordinated by Ali Zidane, who is close to French interests in Libya with the support of Mansour Seif Al Nasr, former ambassador of Libya to France, the media outlet added.

The French State, which officially recognizes the government of national unity (GUN), is practicing a double game diplomacy. While establishing good relations with the GUN, recognized by the international community, the French Foreign Ministry brings an unlimited support for the military leader of Cyrenaica, Marshal Haftar.

France is thus seen as eyeing a risky solution in Libya that is not unanimously supported, either inside or outside the country.

Libya has descended into chaos since 2011 in the wake of the assassination of former leader Muammar Gaddafi in a NATO-backed revolution. The country currently has two rival governments backed by various foreign parties.

Despite the lack of a central government, the idea of partition of the country has not been a public debate.

Mondafrique revealed that the alleged conference is in line with France’s old ambition to integrate the Sahara region into its colonial empire in Africa.

“The French dream to incorporate this immense Saharan territory goes back to 1942 when occupied by the troops of General Leclerc, and then the peace treaty with Italy on February 10, 1947 (France, United Kingdom, USSR, United States),” the media noted.

The treaty obliged France to recognize the integration of Fezzan into the new independent and sovereign state next to Tripolitania and Cyrenaica on December 24, 1951.