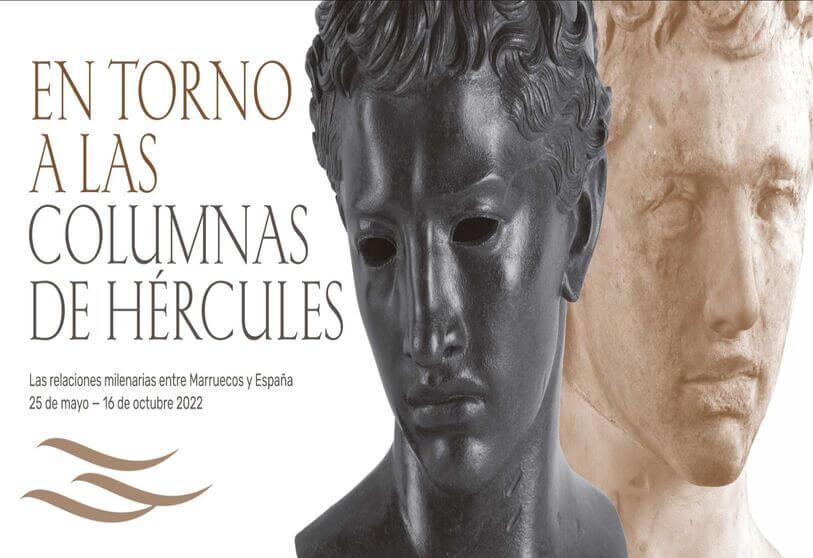 Madrid hosts May 25 through October 16 an exhibition celebrating the centuries-old relations between Morocco and Spain and the neighborly ties that have united the two countries throughout history.

The exhibition themed “Around the Columns of Hercules” is held under the high patronage of King Mohammed VI and King Felipe VI and is co-organized by the Moroccan National Museums Foundation (FNM) and the National Archaeological Museum of Madrid.

The exhibition, focusing on cultural exchange, displays a rich and diverse selection of 335 objects and cultural artifacts – including items from the collections of the FNM, the National Archaeological Museum of Madrid and the Museo Nacional del Prado, the FNM said in a statement.

The exhibition provides a unique opportunity to delve into these relations over millennia of cultural exchanges, first established without political structures of a state nature, and then under the influence of external powers, such as the Phoenician and Punic colonization, and even under the imperial aegis of classical Rome and the subsequent expansion of Islam, concluding in the current stage of scientific collaboration between Morocco and Spain in the field of archaeology, according to the National Archaeological Museum (MAN).

The event also addresses “the nature of the contacts between the two sides of the Strait of Gibraltar, known since ancient times as the Columns of Hercules, the end of the known world,” the FNM statement said, adding that the geographical panorama has also shaped the personality of two peoples “whose relations have never ceased to flow, regardless of the situations in which they have developed.”

Likewise, “it is an unparalleled opportunity to contemplate in Spain the capital works of Morocco’s archaeological heritage, which have very rarely left its territory and have never before been sent to Spain. Unique pieces in some cases and most of them of special relevance make up the bulk of an exhibition that will allow us to get to know each other better, reflected in the specular vision of a parallel and sometimes common development over time”.

The 335 pieces that make up the exhibition have been loaned by different Moroccan institutions belonging to the Fondation Nationale des Musées (FNM) of the Kingdom of Morocco, specifically the Museums of Rabat, Fez and Tetouan, and the other half to the National Archaeological Museum, as well as a stellar piece from the collections of the Prado Museum.

As put by FNM President Mehdi Qotbi “these exceptional pieces trace our common historical heritage and express the mutual recognition of the neighborly ties between Morocco and Spain.”

For Mehdi Qotbi, this exhibition “is absolutely necessary to highlight the shared history and common destiny between the two neighboring Kingdoms.” “The exhibition will be the culmination of several years of work with our Spanish counterparts to remind us that culture is an eternal bridge between the two nations that share a common destiny and a millenary history,” he said.