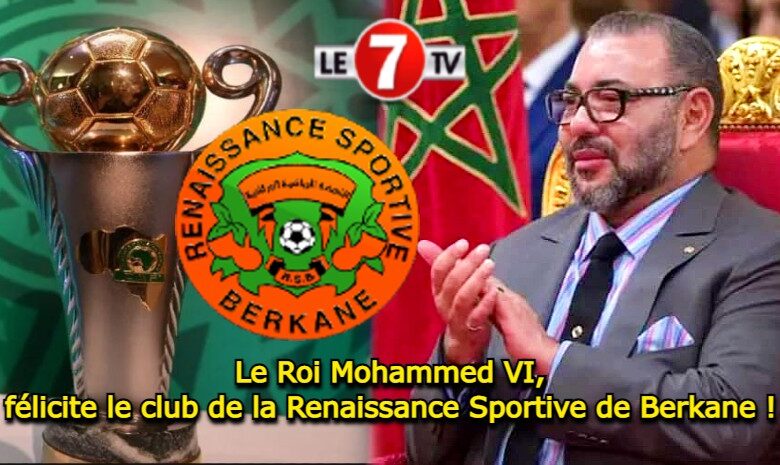 Morocco’s Renaissance of Berkane won for the second time in its history the Cup of the African Football Confederation, Friday evening, in Uyo in Nigeria. Renaissance Sportive of Berkane (RSB) beat the South African Orlando Pirates in the final by 5 penalty shots to 4 after a 1-1 draw.

Following this victory, King Mohammed VI sent a message to the members of the RSB club, expressing his warm congratulations to all the components of the Berkani Club – players, coaches, technicians, administrative staff and supporters – for winning the CAF Cup 2022, and thus allowing Morocco to retain the title for the third consecutive time.

“We cannot fail to express our pride in this continental title, which honors the Renaissance Sportive of Berkane club and Moroccan soccer, and which you have won, with brilliance and distinction, for the second time, thanks to your serious efforts and the ambition that drives you to represent Morocco in the best way in various international competitions, and to raise high the national colors,” said the King in his message.

The Sovereign voiced confidence that this precious victory will be a source of motivation for the RSB club, as well as for the rest of the Moroccan sports clubs, to continue their brilliant course at the head of the various African and Arab championships, wishing the members of the Berkani club full success and the achievement of more accomplishments and titles.

The Berkani club was playing the 3rd final of its history of the CAF Cup, after a final lost in 2019 against Egypt’s Zamalek and another won in 2020 at the expense of another Egyptian team, Pyramids FC.