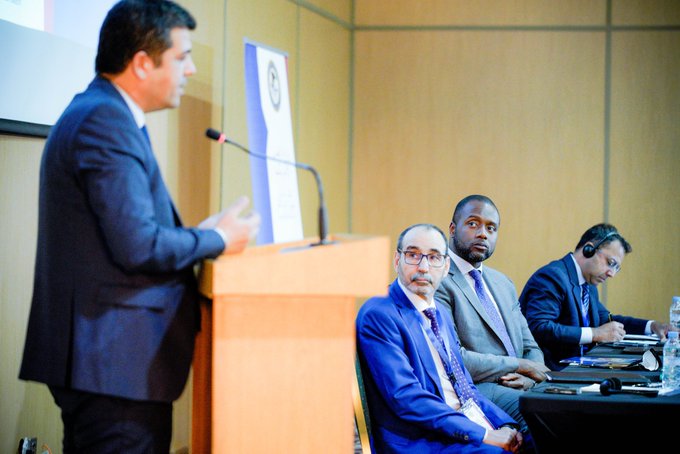 Marrakech is hosting this May 10-11 a workshop gathering senior criminal prosecution and criminal investigation officials from the United States, the United Kingdom and Morocco to share successful strategies in prosecuting money laundering crimes.

The workshop, meant to enhance Morocco’s investigation and prosecution of money laundering, translates the kingdom’s commitment to join efforts with its partners in fighting criminal organizations and blocking their access to illicit financing.

“The group gathered here today includes some of the most skilled prosecutors and investigators from the United States, the United Kingdom, and Morocco, all working together to improve the impact of Moroccan prosecutions,” said U.S. Consul General in Casablanca Lawrence Randolph in remarks at the opening of the workshop.

“The more law enforcement agencies are able to attack the ability of criminals to launder money, the less incentive there will be for these criminals to commit crimes in the first place,” the American diplomat noted.

For his part, Secretary General of the Moroccan Authority of Financial Intelligence, Hassan Ennasr, stressed that Morocco attaches paramount importance to the fight against money laundering and terrorist financing, noting that the Kingdom has expressed a high-level political commitment to implement the Action Plan of the Financial Action Task Force (FATF).

Ennasr said that coordination in the field of combating money laundering and terrorist financing is at the top of the priorities of the Moroccan authorities, including the National Authority for Financial Intelligence as national coordinator in this area.

U.S. Department of State regional spokeswoman Geraldine Gassam Griffith, welcomed, the efforts made by the Kingdom in the fight against money laundering.

“We highly commend the efforts made by Morocco to strengthen the legal framework of the fight against money laundering,” Griffith told MAP, on the sidelines of the workshop, noting that this meeting highlights the “close” partnership between the United States and Morocco.

Calling to further strengthen this partnership, Griffith said that this workshop, which examines the best ways to fight money laundering in different regions of the world, reflects the importance attached by the U.S. to money laundering.

Abderrahman El Lamtouni, head of the department of special affairs follow-up at the presidency of the Public Prosecutor’s Office, on his part said this workshop is part of Morocco’s efforts to strengthen the national framework for combating money laundering and terrorist financing, recalling that the Public Prosecutor’s Office has organized several training sessions to strengthen the capacities of its executives.

“This meeting allows us to benefit from the expertise of American and British executives in the field of anti-money laundering and financing of terrorism, to better strengthen the integrity of the financial system of the Kingdom,” he added.

Morocco adopted in May 2021 a bill amending and completing the Penal Code and law n° 43.05 relating to the fight against money laundering as part of efforts to strengthen the national legal system to fight this type of serious crimes and its adaptation to international standards adopted in this regard, in particular by the Financial Action Task Force (FATF).

The bill mirrors the Kingdom’s firm will to honor its international commitments and to consolidate the efforts led by the competent Moroccan authorities in the field.