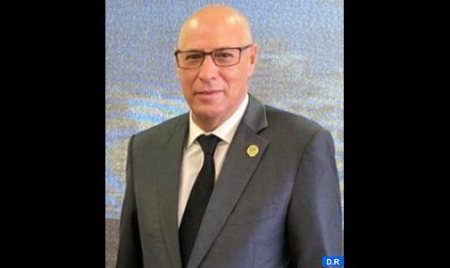 Elections in Lebanon: Arab League mission to be headed by Moroccan diplomat

The Arab League has appointed Moroccan diplomat Ahmed Rachid Khattabi to head its mission to observe the legislative elections in Lebanon, due on May 15.

Rachid Khattabi serves as the League’s Deputy Secretary-General in charge of the media and communication department.

The mission will hold a series of meetings with the authorities involved in the preparation of the polls, namely the Supervisory Commission for Elections, the Constitutional Council, the Ministry of Interior and Municipalities, the Ministry of Foreign Affairs as well as civil society activists, the Arab League said in a statement.

A geographical distribution program has been set up for the members of the mission in the different governorates of Lebanon to observe the vote, the counting and sorting process as well as the atmosphere of the elections in several polling centers according to the rules and requirements in force within the Arab League framework, i.e. commitment to integrity, credibility and the duty of impartiality, the statement explained.

The Lebanese will cast their ballots next Sunday to elect a new parliament. The vote is the first since the onset of the economic crisis and the devastating 2020 port explosion in the capital Beirut.

The critical election thus takes place amid an unprecedented financial crisis, with many accusing the political elite of rampant corruption and mismanagement.

A total of 718 lists in 15 constituencies are vying for the 128 parliamentary seats.