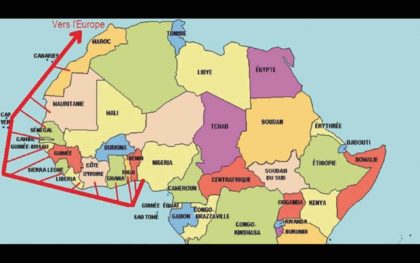 There is a growing international interest and investors’ interest in the Nigeria-Morocco gas pipeline project that will be the world’s longest offshore pipeline to transport gas between the two countries, going through 11 other West African countries.

Nigerian Minister of State for Petroleum Resources, Timipre Sylva disclosed that the Organization of Petroleum Exporting Countries (OPEC) and Russia are some of the international sides that showed interest in contributing to achieving the project.

The Minister who was providing an update on the project in Abuja said the pipeline, an extension of the West African Gas Pipeline which already delivers gas from Nigeria to Benin, Togo and Ghana, will run up to Morocco where it would be connected to the European market.

“We want to continue that same pipeline all the way to Morocco down the coast. Right now, we are still at the level of studies, and of course, we are at the level of securing the funding for this project and a lot of entities are showing interest”, he explained.

As to funding partners, the minister said, “we have not totally concluded on the financial arrangement. I have just said that a lot of people are showing interest. There is a lot of international interest, investors’ interest in the project, but we have not really identified investors that we want to go with.”

The Organization of the Petroleum Exporting Countries (OPEC) and Russia are among the international bodies ready to invest in the Morocco-Nigeria gas pipeline project, he revealed.

“For now, the two investors in this project are Nigeria and Morocco. We are both ready to unite to develop this gas pipeline,” he said.

Last week, the OPEC Fund agreed to contribute $14.3 million to partially fund the project’s feasibility study, whose cost is estimated at $90.1 million.

On whether the Buhari-led administration would be able to complete the project, Sylva said “this administration cannot finish the Nigerian-Morocco gas pipeline, but we can at least get it at the point of starting before we leave.”

The construction of the Nigeria-Morocco gas pipeline mega-project was agreed upon during the official visit King Mohammed VI paid to Abuja in December 2016, while the related agreement was signed on June 10, 2018, during a trip to Morocco by Nigerian President Muhammadu Buhari.

Nigeria, an OPEC member, has huge gas reserves, the first in Africa and the seventh largest in the world.

The confirmation at the highest level of Nigeria’s commitment to the Moroccan pipeline deals a blow to Algeria which has for decades failed to build a similar pipeline to channel Nigerian gas to the Mediterranean for security and also as a tactic to prevent competitive Nigerian gas from undermining its and Moscow’s market share.

The pipeline, to be built off-shore and onshore, is also conducive to enabling not only Nigerian gas to reach Europe, but also Mauritania and Senegal.

Both Senegal and Mauritania are poised to join the list of gas exporters, thanks to their significant offshore gas.

The Economic Community of West African States (ECOWAS) has endorsed the pipeline.

“This project will give Africa new impetus at the economic, political and strategic levels and will elevate Morocco and Nigeria as leaders of south-south cooperation in the continent,” Morocco’s authority for oil and mines (ONHYM) and Nigeria’s National Petroleum Corporation (NNPC) said in a joint declaration on occasion of Nigerian President’s visit to Rabat in 2018.

North Africa Post's news desk is composed of journalists and editors, who are constantly working to provide new and accurate stories to NAP readers.
NEWER POSTAfrican diplomat to be named as special envoy of the UN Secretary General in Libya – Nova reveals
OLDER POSTMorocco, one of quickest responders to Covid-19 Crisis – IMF