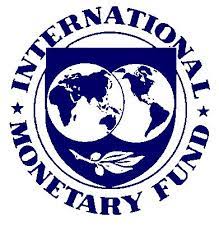 The International Monetary Fund (IMF) on Wednesday hailed the “targeted measures” adopted by Morocco to mitigate the impact of soaring energy prices on economy.

“The Moroccan government is today undertaking a set of targeted measures, including support for the transport sector of people and goods to relieve the rise in energy prices on production,” underlined the IMF director of MENA department, Jihad Azour, during a press conference on the regional economic prospects.

He also underscored the measures taken by Morocco to expand the range of support put in place during the pandemic to alleviate the impact on certain social categories, in addition to the work in progress to renovate social policy and actions aimed at reviving the economic sectors most affected by the health crisis, including aviation and automotive industry.

In 2022, Morocco had to face the drought which had a “negative impact” on the agricultural campaign just as it suffered, like the rest of the world, from the consequences of the Ukrainian crisis, which caused a surge in the prices of raw materials, including oil, recalled the IMF official. He further mentioned “the indirect impact of this crisis on the markets with which Morocco maintains close commercial ties, like European countries”.

According to the IMF, these factors prompted the Bretton Woods institution to lower, in its semi-annual report on “World Economic Outlook” published last week its growth projections for the Moroccan economy to 1.1% in 2022 against 3% previously forecast.

During his press conference, the director of the IMF for the MENA region insisted that the Moroccan economy, which has been “very impacted” by the pandemic in 2020, was able to recover quickly in 2021. “It is probably one of the countries that has had one of the fastest recoveries,” he said, pointing out that this revival is the result of “Important measures taken by the Moroccan government.”

“Morocco was one of the first countries in the region, outside the Gulf Cooperation Council, to succeed in its vaccination campaign, as the government and Bank Al-Maghrib initiated a series of measures to protect the sectors in order to secure the ability of institutions and businesses to resume their economic activities, he said.

For the IMF official, these actions have facilitated the resumption of economic activity while allowing the Kingdom to access global financial markets at “very favorable” rates.