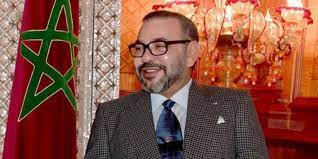 King Mohammed VI, the architect of all stages of resolving the Moroccan-Spanish crisis

Relations between Morocco and Spain are entering a new stage that is founded on renewed partnership, transparency, mutual respect and permanent consultation.

This new stage was officially sealed at the phone conversation between King Mohammed VI and the President of the Spanish government, Pedro Sánchez, last week.

The phone call confirmed, if need be, how the Sovereign has been closely following the diplomatic crisis with the Northern neighbor and how he set the stage for its resolution.

The Sovereign’s decisive role was crowned by Spain’s new position on the Sahara issue when it announced in a letter addressed by the Head of the Spanish government to King Mohammed VI on March 14 that it considers the Moroccan Autonomy Initiative as “the most serious, realistic and credible basis for resolving the dispute” over the Sahara.

By expressing its position in such a clear way, Spain has adopted the most advanced stand at the European level, a stand of great significance given its historic role in the Sahara issue, a stand that translates Spain’s desire to contribute to resolving this issue that has lasted too long.

This historic development in Moroccan-Spanish relations takes place thanks to the leadership of the King, who works tirelessly so that the Kingdom keeps its standing as a great geostrategic country at the regional and international scales. Morocco is thus reaping the fruits of its thoughtful and assumed positions.

In a royal speech he delivered on August 20, 2021, King Mohammed VI explained that “some people claim that Morocco is being attacked because it has changed its political and strategic direction, or because of the way it is handling some diplomatic issues. That is simply not the case…Morocco does not accept that its best interests be trampled on.” At the same time, Morocco is keen to have strong, constructive and balanced relations, especially with its neighbors, the Sovereign said, pointing out that “this same logic is governing our policy today regarding the relationship with our neighbor, Spain. It is a fact that these relations have recently come up against an unprecedented crisis, which shook mutual trust and raised many questions as to their future.”

“However, we have worked with the Spanish side in a composed, clear and responsible way. In addition to the traditional immutable values on which these relations are based, we are keen, today, to strengthen them, bearing in mind the need for a common understanding of the two nations’ interests,” the King stated, noting that he had “personally and directly followed the progress of the dialogue and discussions between the two countries.”

The goal of these discussions was not merely to overcome this crisis, but to turn the situation into an opportunity to reconsider the foundations and determinants of these relations… to usher in a new, unprecedented phase in the relations between the two countries, on the basis of trust, transparency, mutual respect and the fulfilment of obligations.

Actually, the message Pedro Sanchez sent to the King falls in line with the spirit of the Royal Speech of August 20, 2021 and the King’s call to build strong and constructive relations with neighboring countries, especially Spain.

Morocco and Spain are now clearly moving on to a new path, to build a new relationship based on permanent contact and mutual respect between two allies, two neighbors and two friends, and this will surely be confirmed during the visit the Head of the Spanish Government will pay shortly to Morocco at the invitation of King Mohammed VI.

Spain’s backing of Morocco’s territorial integrity and its description of the autonomy initiative as the most serious, credible and realistic basis for finding a political solution to the Sahara dispute adds to similar positions by the US, Germany, France, and more recently Israel and shows that the autonomy proposal is gaining traction as the ultimate political solution of an artificial dispute and a relic of colonialism that has long lasted.

However, these new unambiguous geostrategic positions constitute a scathing setback for Algeria and its puppet, the Polisario which considered Spain as its comfort zone.