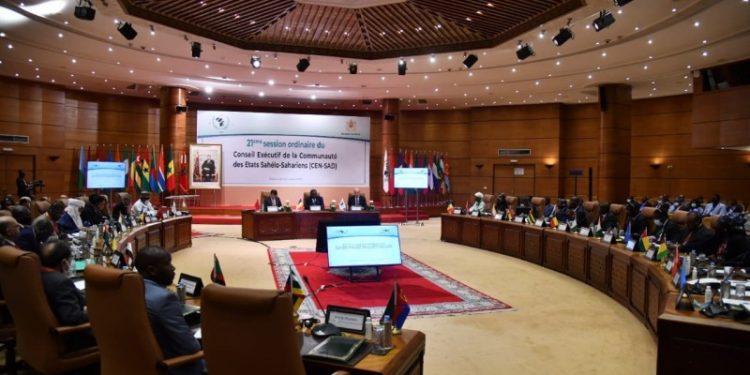 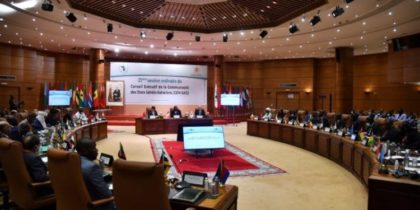 Morocco has called on businessmen of the Community of Sahel-Saharan States (CEN-SAD) to set up an economic forum to enhance dialogue, contacts and joint cooperation in regional and international markets.

The call was made by Foreign Minister Nasser Bourita in an address he made Tuesday in Rabat at the preparatory meeting for the 21st Ordinary Session of the CEN-SAD Executive Council.

The CEN-SAD Economic Forum will strengthen the action of the regional grouping and enable it counter tough competition, said the minister, affirming that Morocco is building African partnerships seeking the prosperity and stability of Sahel countries.

He also called for rethinking the mission of the Sahel-Saharan Bank for Investment & Trade, noting that this strategic institution must support the development of countries of the region which is failing to achieve the sustainable development goals (SDGs) of the UN Agenda 2030.

Morocco will continue its commitment to work for the construction of the Sahel-Saharan space, by maintaining fraternal relations with all member countries, based on cooperation, solidarity and respect for their sovereignty and territorial integrity, underlined Mr. Bourita.

Morocco’s top diplomat also called for setting up the new bodies provided for in the Revised Treaty and a coordination group of CEN-SAD countries that are members of the African Union’s Peace & Security Council.

To address the security challenges facing the Sahel region, Bourita called for setting up a General Staff of Sahel-Saharan countries to fight terrorism threats and drug trafficking.

The UN Office of Counter-Terrorism (UNOCT), opened in Rabat in June 2021, can help CEN-SAD member countries develop their capacities, said the minister, affirming that Morocco will work in close coordination with the CEN-SAD Center for Combating Terrorism.

He reiterated Morocco’s commitment to give a new impetus to the CEN-SAD and consolidate its action for peace, stability and development of the Sahel-Sahara region.

CEN-SAD Executive Secretary Brigi Rafini on his part stressed the need for the community to develop its capacity to respond to the various challenges facing it.

The CEN-SAD Community must equip itself with tools and means of intervention to meet a set of challenges, including the phenomenon of terrorism, he said.

“The executive secretariat, convinced of the need to put itself in a position to contribute to meeting the challenges of the moment, has adopted a five-year action plan,” he added.

This multi-sectoral Action Plan, which was designed in compliance with the instructions of the Extraordinary Summit of April 2019, is “an instrument and a guide for the regenerative action of our community,” he continued. To enable the community to take a good share in financing its own activities, Rafini noted that CEN-SAD is backed by a program budget whose ambition is to “reaffirm its commitment to be more present alongside the populations of our space.”

He expressed his hope that this session would complete the process of reforming CEN-SAD so that it no longer raises questions or concerns about its future. Rafini called for the mobilization of associations of youths and women to engage in systemic actions to restore and maintain peace.