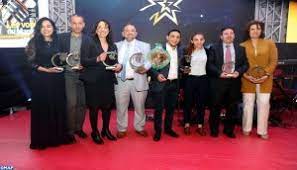 Marrakech hosts this March 27 through 30 the 9th edition of the Global Forum against Modern Slavery, with the participation of more than 75 leaders from 30 countries.

The event brings together representatives of civil society, executives of the UN, government officials, academic researchers and also former victims of human trafficking.

“For three days, this forum brings together different actors from all over the world to reflect on appropriate solutions aimed at eradicating the phenomenon of modern slavery,” said Mr. Bukeni Waruzi, Executive Director of Free the Slaves, an NGO that serves as the Forum’s secretariat.

While commending the “remarkable” efforts made by Morocco in the fight against this phenomenon, Mr. Waruzi welcomed the fact that the Kingdom is part of the United Nations alliance, called “Alliance 8.7”, which seeks to take effective measures to end modern slavery by 2025.

This year’s Global Freedom from Slavery Forum will focus on regional priorities that will be debated by movement leaders and survivors of modern slavery from all regions of the world who will share their stories and expertise in the area.

The event aims to offer grassroots movements the opportunity to coordinate efforts in fighting slavery and help them gain momentum.

The outcome of the debates will be used to create a concrete Global Agenda that will be enacted at the local and regional levels from 2022-2025.

The goal of the Marrakesh convening is to reinvigorate the movement by developing a relevant, practical, and strategic agenda to effectively counteract modern slavery, the organizers say.

Organized by NGO Free the Slaves, the forum includes a ceremony to acknowledge two survivors of modern slavery, and the work of activists from Africa, Grace Mwangangi, and Francisca Awah Mbuli.

Several Moroccan government officials participated in panel discussions on the second day of the event, Monday, which also looked at measures to fight human trafficking and forced labor.

In this vein, Secretary General of the Interministerial Delegation for Human Rights, Abdelkarim Boujradi, said the forum is a platform for fostering cooperation and collaboration with the various stakeholders, in particular state actors, in order to put in place effective and lasting solutions in the fight against this scourge.

He called on all States to take firm and concrete measures and to strengthen their cooperation in order to fulfill their obligations in the fight against all contemporary forms of slavery and to honor their commitments made at the global level.

Expected outcomes of the Global Forum include: developing a strategic roadmap for the movement as well as a concrete implementation strategy; discussing a formalized structure that will enable stronger coordination of the movement; and, generating a resource mobilization plan that will ensure the agenda can be implemented.