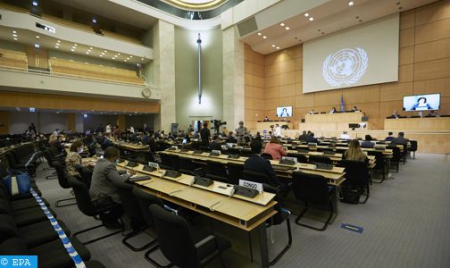 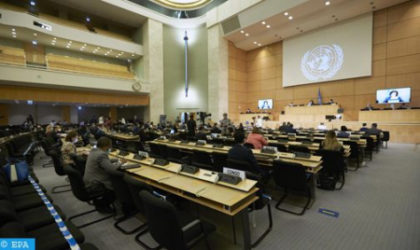 Several civil society activists and NGOs have denounced during the ongoing 49th session of the UN Human Rights Council in Geneva the enlistment of children as soldiers by the Polisario front and slammed Algeria for the abuses committed in the Tindouf camps on Algerian territory.

This came during the general debate of Point 03 relating to the Protection and Promotion of Human Rights.

During the debate, Aïcha Duihi, the president of the Sahara Observatory for Peace, Democracy and Human Rights (OSPDH) denounced in the strongest terms the enrolment of Sahraoui children within the Polisario militias.

The children of the Tindouf camps find themselves forced to undergo military training and to participate in acts of vandalism and intimidation, but also in a propaganda war fueled by violence and hatred, added Aïcha Duihi, who was also addressing the gathering on behalf of the international NGO “Promotion of Economic (PDES).

“The polisario continues to exploit schools and school programs in the camps of Tindouf to indoctrinate children with its ideologies, calls for violence and hatred, while praising war, which is against the Convention on the Rights of the Child, which stipulates education for principles and values of freedom, equality and tolerance so as to consolidate the personality of the child”.

“Today, the Polisario persists in creating an atmosphere of tension within the camps, praising military heroism and encouraging arms carrying among children during all ceremonies and celebrations,” she noted.

Several other civil society activists participated in the debate, including Moulay Lahsen Naji, the president of the Independent Commission for Human Rights (CIDH) and member of the Unity Network for the Development of mauritania, who denounced the serious violations committed by the Polisario and particularly the enforced disappearances. He cited in this connection cases of many missing persons and called for clarification on the fate of Ahmed Khalil said Carlos, who used to live in Tindouf camps. Just because he dared to express his opinion against the Polisario leaders he was kidnapped in 2009 by Algerian intelligence agents and since then no one knows where he is, whether he is dead or alive.

For the Sahraoui activist Nour Bouhanana, the massive recruitment of children by the Polisario front is a source of great concern, especially since these children are indoctrinated without pity and without any moral responsibility.

It is imperative that Algeria respects the International Convention on the Rights of the Child and its Protocols and that the UNHCR assumes its responsibilities to protect these children and allow them to have a normal childhood with a sense of security and the hope of a better future and a decent life, insisted Nour Bouhanana.

In a joint statement delivered earlier this week at the 49th session of the UNHRC, the PDES and the OSPDH finger pointed the failures of Algeria to meet its obligations under international law, with regard to the population of Tindouf, denouncing in particular the refusal of Algerian authorities to open investigations into cases of “denial of the right to life”, crimes and executions perpetrated by separatist bands and the Algerian security services against the inhabitants of the camps.

“Although the polisario has acknowledged that human rights violations have occurred in the past, it has not provided clear data regarding enforced disappearances, abductions, extrajudicial, summary or arbitrary executions, torture and other cruel, inhuman or degrading treatment in detention centres,” they noted.

The PDES and OSPDH pointed out that Algerian authorities continue to commit murders without any judicial or legal procedure. The two organizations recalled in this regard that many cases of killings committed by the Algerian forces against the Sahrawi population have been reported.