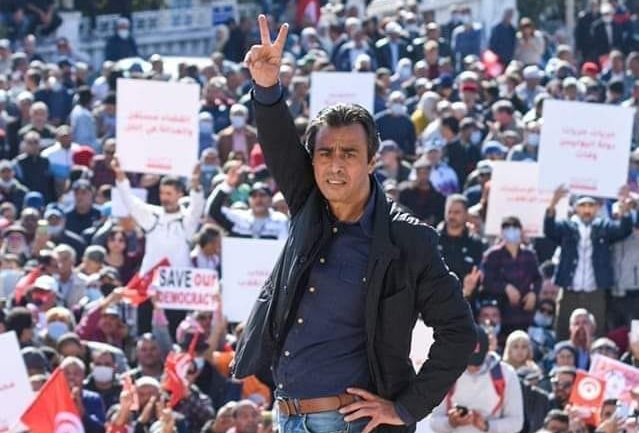 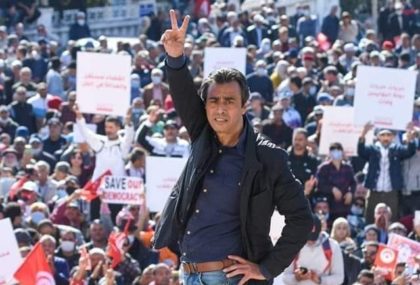 Jaouhar Ben Mbarek, leader of “Citoyens contre le coup d’Etat” [Citizens against the Coup d’Etat], a movement opposed to President Kais Saied’s July 25 exceptional measures, has indicated that he has been banned from leaving the country.

Mbarek on his facebook account did not reveal the rationale behind authorities’ move. The politician and activist is a harsh and outspoken critic of the President over what his movement brands as a coup d’état.

Saied on July 25 seized all major powers after he fired the then Prime Minister, seized the executive power and froze the activities of the parliament. He argued that the move was meant to restore the country.

Mbarek, who is Professor of constitutional law, lately laid into Saied for using the judiciary power to settle his political scores.

The Tunisian President last month dissolved the High Judicial Council, the country’s judicial independent body that he accuses of being in league with some politicians and refusal to rule over some corruption and assassination cases in the country.

“He who keeps quiet before injustice, becomes accomplice, that is the reason why the High Judicial Council has been dissolved and will be replaced by a temporary council, in view of ending impunity,” Saied told the ministers.

Mbarek however argued that removal of the council’s members is “illegal and null”.