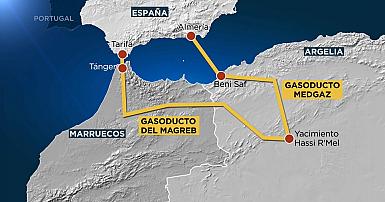 US has exported more gas to Spain than Algeria so far this year as new players seek a foothold in the Spanish gas market.

Spanish authorities have often complained at the insufficient gas flow through the Medgaz pipeline which couldn’t match the amount the Spanish market was receiving through the Maghreb-Europe pipeline that used to cross Morocco until it was unilaterally halted by Algiers last October.

According to statistics by Enagas, a company that runs Spain’s gas supply and network, Spain has imported 37,000 Gwh worth of gas in the first two months this year.

Analysts say the drop in Algerian gas exports are largely to blame for the lack of vision by the Algerian leadership after unilaterally halting a pipeline with 13 billion cubic meter capacity of gas.

The Medgaz pipeline has already been operating at full capacity of 8 bcm per year when the decision to halt the Maghreb-Europe pipeline was announced.
Besides, using only one pipeline exposes Algerian exports to the risk of rupture in the case of a breakdown or reparations of the pipeline, further raising fears in Spain regarding the reliability of Algeria as a stable gas supplier.

The war in Ukraine has added a strain to the international gas market as Spain seeks to diversify its gas suppliers.

In May 2017, the Oxford Institute for Energy Studies issued a report entitled Algerian Gas: Troubling Trends, Troubled Policies. The document points out to the depletion of Algerian gas and the declining export capacity.

“Algeria would be left with only 15 bcm/year to export by 2030. In a lower production or high demand scenarios, it will cease exporting all together, therefore importing gas beyond any such a point,” said the report.”