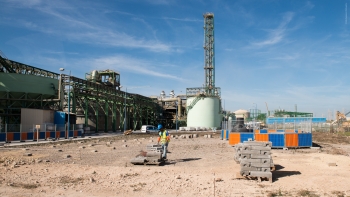 Russia-Ukraine war: Morocco to scale up fertilizers exports to Brazil

The Russia-Ukraine war is reshaping the global trade & supply chain as Western nations have imposed severe economic and financial sanctions on Moscow for its invasion of Ukraine.

Morocco is the 3rd supplier of fertilizers to Brazil after Russia and Belarus. To avoid a shortage of the nutrients due to the international sanctions and escalating Russian military action, the Brazilian government has reached out to Moroccan state-owned OCP group to secure shipments of fertilizers for its agricultural sector.

The move is driven by Russia’s retaliatory measures. The Kremlin has hit back at western sanctions by banning exports of a string of products including fertilizers, medical, vehicle, agricultural, and electrical equipment, as well as some forestry products such as timber.

The geopolitical showdown between Russia and the West has pushed Brazilian agriculture minister Tereza Cristina to hold lately a meeting with Moroccan ambassador Nabil Adghoghi, to request the OCP Group, the world leader in the fertilizers market, to step up its exports to her country following the ban imposed by the U.S. and its allies on imports and business with Russia and Belarus, world major producers of fertilizers.

During the meeting, which was attended by other Arab ambassadors, the Moroccan diplomat to Brazil said the OCP group has expanded its activities and operations in Brazil and stressed the important role Morocco can play in logistic connectivity between Brazil and Arab countries, through the Tangier-Med port, a key platform for exports to the Mediterranean and the Middle East.

OCP has been present in Brazil since 2010 and owns 10 percent stake in Brazil-based Company Fertilizantes Heringer. The Moroccan group has also consolidated its partnership with Embrapa, a Brazilian state-owned company specializing in agronomy, research, development & innovation.

With a century of experience and revenues reaching $9.4 billion in 2021, OCP plays a crucial role in global food security. It is a leader in plant nutrition and the world’s first producer of phosphate-based fertilizers.