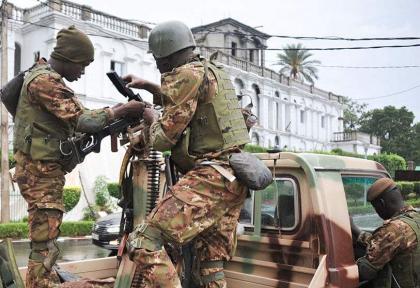 Mauritania accuses Malian army of crimes against its nationals

The Mauritanian Ministry of Foreign Affairs said Tuesday that it had summoned the Malian ambassador and informed him of its “strong protest against the recent recurrent criminal acts” committed by the Malian army in Mali against Mauritanians.

Mauritania made this protest to Ambassador Mohamed Dibassy after two serious events involving Mauritanians in the space of a few weeks in Mali, including the disappearance of several nationals across the border a few days ago in circumstances that are still unclear.

Sound recordings circulating on social networks, attributed to eyewitnesses but not authenticated, implicated the Malian army in the disappearance of some 30 Mauritanians on the Malian side of the border in the southern Adel Bagrou area (eastern Mauritania).

This disappearance was preceded in January by the death of seven Mauritanians in the same area, also in circumstances that have not been officially clarified. At the time, the question of the possible involvement of Malian soldiers was raised.

The Mauritanian ministry recalled in a statement published by the national news agency that the government had on that occasion sent a “high-level delegation” to Mali, “to try to contain this hostile behavior towards our fellow citizens.”

“Despite the assurances given” by the Malian authorities, their response “fell short of expectations,” the ministry said.

Nouakchott is raising its voice as the Malian junta has recently undertaken a rapprochement effort with Mauritania. It is for the colonels to counter the embargo imposed in January by the organization of West African states ECOWAS to sanction their plan to remain in power for several more years.

ECOWAS member states have closed their borders with Mali, except Guinea, which is itself ruled by the military. Mauritania and Algeria, which are not part of ECOWAS, have kept their borders open.