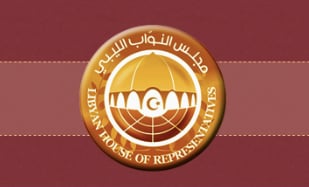 Libya’s Prime Minister-designate Fathi Bashagha failed Monday to win confidence vote from the House of Representatives (HoR) which has asked him to reshuffle his proposed cabinet line-up for a new parliament session scheduled this Tuesday.

The former interior minister presented Monday to the HoR a government of 41 people including himself. The team is made of 30 ministers and 8 ministers of state.

However, the Tobruk-based parliament took aim at the proposed team which, according to HoR member Abdel Moneim al-Arfi, failed to consider the quota for ministers for Fezzan region.

Other reports indicated that there were disagreement within parliament over who will take over the ministries of defense and interior, and the position of first deputy prime minister.

Bashagha’s media office, according to evening news, indicated that his list included positions for two Deputy Prime Ministers, one from the east and one from the south. Ali Faraj Ibrahim Al-Qatrani was proposed for the position of deputy prime minister for the east, while the position for the south is still vacant.

The parliament agreed to hold a session this Tuesday to give Bashagha a confidence vote if all concerns are lifted.

The HoR designated Bashagha on Feb. 10 to form a new government in replacement of the Government of National Unity (GNU) led by Abdul Hamid Dbeibeh.
whose mandate according to the house came to an end on Dec. 24, the date proposed for the UN-backed presidential elections.

The HoR said its decision was dictated by the failure of Dbeibah to hold national elections in December, something that was agreed to under a UN-brokered peace process.

Dbeibah refused to step down until the holding of elections next June.