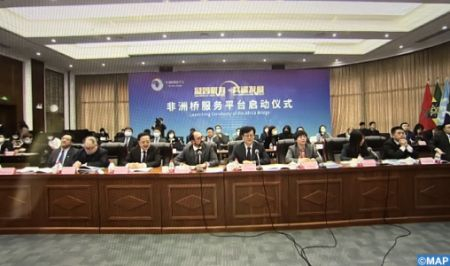 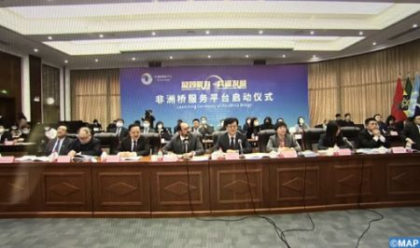 Morocco and the Chinese province of Shandong are exploring joint business opportunities in the sectors of construction, car industry, machinery and manufacturing, mining, pharmaceutical industry, agriculture and chemical industry.

Shandong is one of the major industrial and agricultural provinces in China. Representatives of more than 80 Chinese companies attended a meeting held Monday within the frame of “Bridges to Africa” initiative to showcase the investments opportunities offered in the North African Kingdom.

Addressing the Chinese business community, Moroccan ambassador to Beijing Aziz Mekouar stressed the importance of such a meeting in enhancing further the fraternal and long-standing ties between China and the African continent.

During the royal visit to Beijing in May 2016, King Mohammed VI and President Xi Jinping sealed a multidimensional Strategic Partnership which has yielded positive results, said Mr. Mekouar, underlining Morocco’s firm backing of the Chinese “Belt and Road Initiative” which aims at building new trade corridors between Asia, Africa and Europe following the path of the ancient Silk Road.

Over the past few years, China has poured billions into building roads, railways and ports worldwide to forge new trade links and diplomatic ties. At least 140 countries had signed up to Beijing’s initiative, accounting for 40 pc of global GDP, according to the Council on Foreign Relations, a US think tank.

In 2021, trade exchanges between Morocco and China reached $6.5 billion dollars, a 36 pc increase compared to the previous year, according to official data.