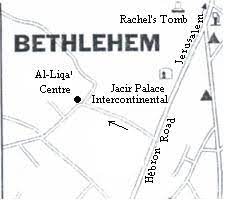 The agreement, which aims to encourage religious and cultural exchanges in the Holy Land between different peoples and religions, aims to raise awareness about the importance of pluralism, democracy, civil society and respect for human rights, and strengthen the awareness of young people to the need to serve the society to build bridges of rapprochement and peace.

Under the agreement, Bayt Mal Al-Quds Asharif Agency undertakes, as part of its annual action plan, to develop and finance proposals and projects related to the fields covered by the partnership, and to allocate the necessary funds to projects proposed by the Center.

For its part, the Center undertakes to contribute to the support of the dialogue between religions and peoples in the Holy City, through the activities approved in the framework of the annual programming of the Rabat Observatory, under Bayt Mal Al-Quds Agency, as well as the exchange of expertise between the stakeholders interested in this field in Morocco and Palestine.

The agreement, initialed by the coordinator of the Agency’s projects in the city of Al Quds, Ismail Al Ramli, and the director of “Al Liqaa” Center, Youssef Zaknoun, also provides for the organization of conferences and study days, in addition to the publication of articles, magazines and books to spread the message of the “Al Liqaa” Center at local and international levels.