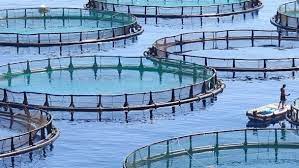 Morocco looks forward to developing its shellfish farming sector with the help of Japan, a global leader in this industry which plays a key role in this Asian country’s economy and food security.

Japanese experts visited lately the site of the project Tiguert-Imiouadar, near the city of Agadir, to share their know-how with Moroccan fishermen in shellfish aquaculture and offshore mussel farming technique.

President of traditional fishing cooperative Aftas Tiguert, Mohamed Bouhia, hailed this initiative which has enabled Moroccan fishermen to benefit from the rich experience of Japan in this field.

For her part, Aicha El Alaoui, a senior official of the National Agency for the development of aquaculture, praised the quality of Moroccan-Japanese cooperation which has enabled Moroccan fishermen to improve their skills in shellfish farming, noting that this income-generating activity contributes to the socioeconomic development of the Souss Massa region.

Aquaculture in Morocco dates back to 1950 with the launch of Oyster farming Oualidia lagoon. Intensive farms were then developed in 1985 on the Mediterranean coast in Nador and M’diq. Production was essentially focused on European sea-bass, Gilt-headed bream and oysters.

Ten years later, shrimp farming was introduced at Moulouya river, while shellfish farming (bivalve shells) was launched in 2000 at Dakhla Bay. In 2011, aquaculture gained momentum thanks to the Halieutis plan deployed to bolster performance and production of fisheries and aquaculture.