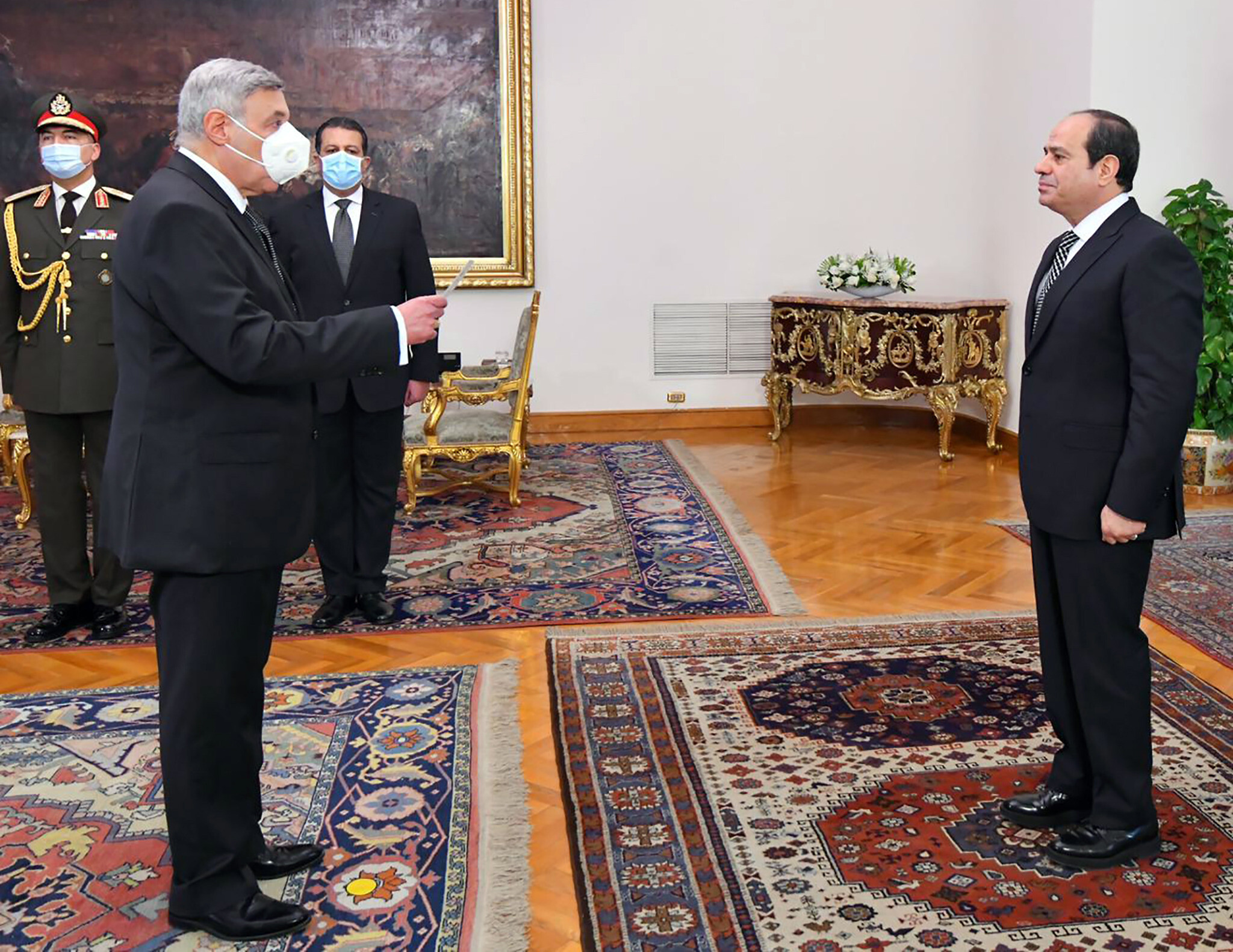 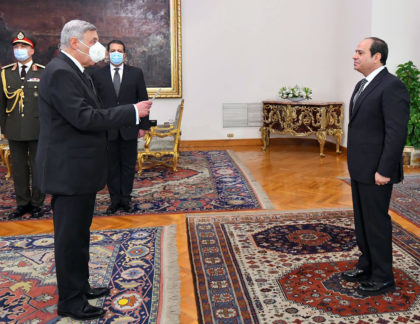 In this photo provided by Egypt’s presidency media office, Egyptian President Abdel-Fattah el-Sissi, right, swears in Judge Boulos Fahmy, as the first-ever Coptic Christian to head the country’s highest court, in Cairo, Egypt, Wednesday, Feb. 9, 2022. The 65-year-old is the 19th person to preside over the Supreme Constitutional Court since it was established in 1969. (Egyptian Presidency Media Office via AP)

The Egyptian President Abdelfattah al-Sisi Wednesday named the country’s first coptic christian to head the Supreme Constitutional Court, the highest judicial body.
The Egyptian leader picked Judge Boulos Fahmy, 65, from the five oldest of the court’s 15 sitting judges, as required by law, and is the 19th judge to preside over the court since it was established in 1969, Arab News reports.
Prior to his appointment, Fahmy has headed the court’s general secretariat since 2014. He succeeds Judge Saeed Marei, who retired for health reasons.
Al-Sisi was praised for the appointment. The Egyptian President is viewed as a protector of Christians who account for almost 10 percent of Egypt’s population of more than 102 million.
Al-Sisi, in power since 2014, has positioned himself close to the Christians and empowered them including the appointment of the first Coptic Christian woman as a provincial governor in 2018.
Under his rule, Christian churches have emerged across the country after decades of restrictions.