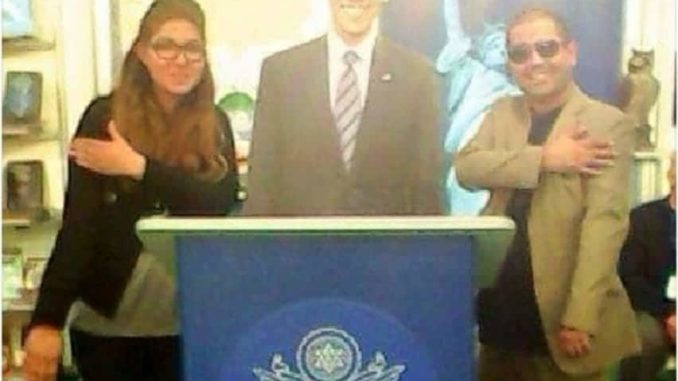 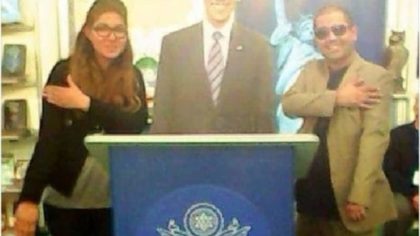 An online petition has been launched by an activist resident in France, Esther Dahan, against the granting of political asylum in France to the anti-Semitic couple “Dounia and Adnane Filali”.

This petition was posted online via the change.org platform under the title “Against the request for asylum in France by the +reputedly anti-Semitic+ couple Dounia & Adnane Filali”.

The petition can be accessed through the link below:
https://www.change.org/p/contre-la-demande-d-asile-en-france-du-couple-r%C3%A9put%C3%A9-antis%C3%A9mite-dounia-adnane- filali

The objective of the petition is to obtain the greatest number of signatures to demand the expulsion of the Filali couple from French territory.

This Judeophobic phenomenon on the Net, with obscurantist ideas, is thus embodied by Adnane and Dounia Filali, notorious anti-Semites and anti-Israelis, who seek asylum in France; they are currently pinned and prosecuted by The National Bureau of Vigilance Against Antisemitism (BNVCA).

Several photo-shots, posted on social networks, show the Filali duo making the gesture of the quenelle, popularized by the controversial humorist Dieudonné.

In addition, Adnane is known on Facebook for defending the terrorist organization Hezbollah: “it is, with the Iranian army, one of the only free and just armies on this planet,” he once posted shamelessly.

The president of the BNVCA, Sammy Ghozlan, deems “unacceptable” that France, which claims to fight against antisemitism, grants asylum to youtubers who advocate hatred.