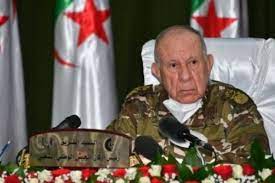 The struggle for power between top brass is intensifying in Algeria, while the local population is suffering from a severe shortage of food, bread, cocking oil, milk, medicine…

Divisions inside the military establishment are deepening, threatening to destabilize further the regime which is rocked by a series of corruption and drugs trafficking scandals involving powerful Generals.

The situation in the country looks more and more like a remake of the famous movie “Gangs of New York”. In a bombshell video posted lately online from his prison cell, officer Guermit Bounouira, the private secretary of late General Ahmed Gaïd Salah, accused the Army Chief of Staff, General Saïd Chengriha of having accumulated a colossal fortune through drug trafficking and arms smuggling.

Following these damming revelations which triggered popular outrage over Generals’ abuse, Bounouira, who was held in Blida’s military prison, was sentenced by a military court to capital punishment.

He fled Algeria in February 2020 with many of Gaïd Salah’s secret files, incriminating Chengriha and many other senior army personnel. In July 2020, he was handed by Turkey to Algerian authorities.

According to press reports, 20 video recordings exposing Chengriha’s criminal activities have been launched by Bounouira in social media networks.

In these videos that deal a hard blow to Algerian intelligence services, he exposed the lies of Algerian authorities which falsely blamed Morocco for the last summer wildfires that devastated the Kabylia, saying that General Abdelkader Aït Ouarabi alias Hassan was entrusted with building the fake case against neighboring Morocco.

General Abdelkader used SIM cards of Moroccan mobile network operators (IAM, Inwi & Orange) in sending SMS messages to some users in Algeria in a bid a mislead them, making them assume that the incoming messages were from Morocco.

In his videos, Bounouira also gave details on Chengriha’s arms trafficking with Libya and fuel trafficking in the Tamanrasset region. He said that these criminal activities of Chengriha, who was then head of the Army Land Forces, were about to lead to a military indictment.

But General Gaïd Salah suddenly died in December 2019 amid speculation that the late Army Chief of Staff was poisoned. Bounouira is also believed to have leaked a list of the corrupt generals and their use of Algeria’s ports to smuggle cocaine from South America to Europe.

According to some analysts, these explosive revelations are likely to push the military establishment to get rid of Gen. Chengriha and his clan or lead to a war between the Generals, de facto rulers, while the Head of State is helplessly watching from afar.