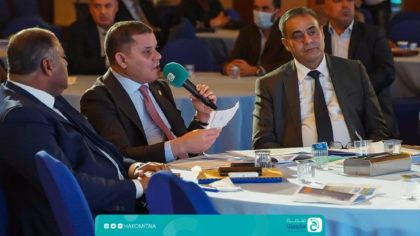 The Central Bank of Libya, CBL, published Thursday the government expenditures for 2021 standing at $24.5 billion (85.8 billion Libyan dinars), higher than what figures posted by the cabinet of Prime Minister Abdulhamid Dbeibeh, Libya Update reports.
The CBL’s publication comes hard in the wake of announcement by the Government of National Unity (GNU) that it did not spend more than $19 billion.
Dbeibah whose government assumed office in March, indicated at a seminar that his team’s expenditure is the lowest compared to all previous governments in Libya.
The CBL, the Libyan media notes, also added that it recorded a deficit in expenditures, amounted to $1.6 billion, which was covered by reserves of foreign exchange, while revenues deposited into the Bank’s account amounted to $22.9 billion.