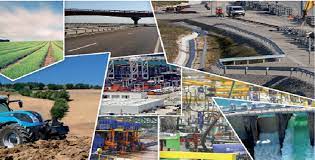 “What we need the most is to follow the path taken by countries like Morocco whose world exports of manufactured products amount to 72%,” said Mr. Chisanga, member of the International Center for trade and sustainable development.

The Kingdom, like some Asian countries such as Bangladesh and Vietnam, has taken advantage of the World Trade Organization (WTO) agreements and increased its efforts to diversify and industrialize its economy, he noted.

“Africa must find by itself an added value in exports by engaging with rich countries in foreign direct investment and by developing the private sector,” he said.

African countries should create wealth through exports of manufactured goods and foreign direct investment, the expert pointed out.

“For some, Africa has been exploited for too long by rich countries which have made it a supplier of raw materials for their continued industrialization and an importer of finished products,” the expert said, calling on African countries not to confine themselves in the role of the victim.

He explained that with structural weaknesses in the production of exportable products, especially manufactures, Zambia and Africa can only export raw materials largely in their raw form.

“Zambia exports raw copper because it lacks the machines, human skills and infrastructure to integrate it into an industrial process and export finished products,” he deplored.