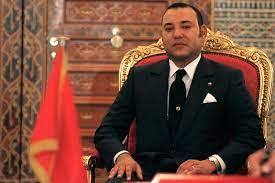 King Mohammed VI of Morocco has been named “Personality of the Year 2021”, by former French socialist deputy Julien Dray, in recognition of the Monarch’s outstanding democratic achievements and his firm solidarity with African countries.

Speaking lately on French TV channel CNEWS, Mr. Dray said under the leadership of the Moroccan Sovereign, the North African Kingdom has achieved “extraordinary things”, citing in this regard the transparent parliamentary & local elections held in September, the normalization of relations with Israel and the successful management of the Covid-19 pandemic.

So far, over 22.9 million people have been fully vaccinated in Morocco, 24.5 million received their first dose of the vaccine, while more than 3 million others got their third booster jab.

Morocco has also shown exemplary solidarity with African countries by sending life-saving medical and humanitarian aid to more than twenty countries of the continent to help them cope with the pandemic, underlined Mr. Dray, one of the founders of SOS Racism.

More than 6,000 refugees and asylum seekers received in Morocco financial assistance during covid restrictions and lockdown, said the French politician.