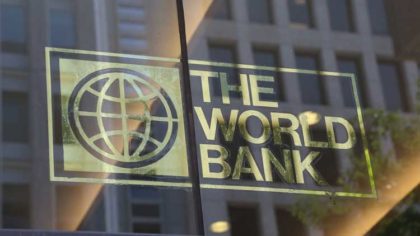 Algeria’s military regime has hit a new low in its response to a World Bank report warning of worsening poverty and bleak economic prospects in the country.

In a 60-page report, the World Bank pointed to a series of dysfunctions in the oil and gas reliant Algerian economy which augur ill for the country’s economic and social stability.

The data-based analyses permeating the report was seen as a conspiracy by the Algerian military regime that refuses to listen to the street demand for a civilian regime and genuine reforms.

Instead of responding using figures and data, the Algerian regime instigated its mouthpiece news agency APS to do the dirty job of verbally attacking the World Bank.

In two news stories, APS accused the World Bank of seeking to destabilize Algeria and of serving the Moroccan lobby, while decrying that the World Bank preferred to zoom in on poverty in Algeria instead of Morocco.

This hysterical reaction serves as a reflection of an irrational Algerian leadership blinded by its one-sided hatred of its well-off neighbor.

However, the Algerian citizen is experiencing the prospects of poverty on a daily basis in a country where the value of the official currency has lost twice its value in two years.

The World Bank has said that the temporary oil price hike will not shield Algeria which braces for stagflation, i.e. a combination of high inflation and high unemployment.

Time and money have run for Algeria and the regime has nothing more to offer but brutal crackdown on dissent, propaganda and more inflation and hardship.