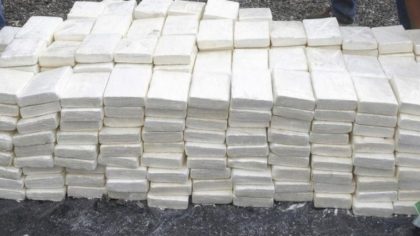 Moroccan authorities have seized more than 1.4 tons of cocaine in 2021 and arrested 103,000 people, including 261 foreign nationals, during their relentless battle engaged against narcotics and drug dealers.

According to latest data released by the National police, the security services processed during the same period more than 80,000 cases related to the possession and trafficking of drugs and psychotropic substances.

Last October, the Moroccan security and customs agents intercepted a shipment of 1.3 ton of cocaine in the port of Tangiers, coming from Brazil and bound to the ports of Antwerp (Belgium) and Portbury (England).

In 2020, the Moroccan police seized 132 kg of cocaine, but the following year the smuggling attempts of cocaine surged substantially to record levels as the South American drug cartels insist on using the North African country as a platform for the route to Europe, which is the main market target.

Last May, Morocco passed laws legalizing the use of cannabis for medical purposes. The decision seeks to improve the living conditions of the growers of this plant and protect them from drug trafficking networks.

The country has also set up a national agency tasked with buying the plant from farmers and selling it to pharmaceutical firms.

The UN has removed cannabis from the list of the most dangerous drugs in a move that acknowledges the medical benefits of the plant following a recommendation from the World Health Organization.