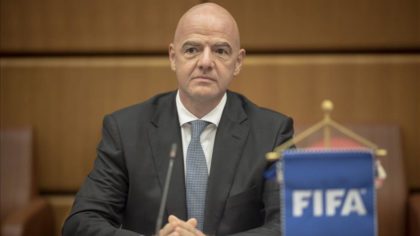 FIFA chief Gianni Infantino said Morocco, together with Saudi Arabia and Egypt, were the only best-placed Arab nations to host the World Cup.

“The three countries have excellent infrastructure. The Arab World deserves to host such a football tournament,” said Infantino in an interview with MBC TV channel.

Morocco has made five bids to host the World Cup, the latest was for the 2026 edition.

Qatar is next in line to host the sport event in 2022 while Canada, United States and Mexico will stage the tournament in 2026.