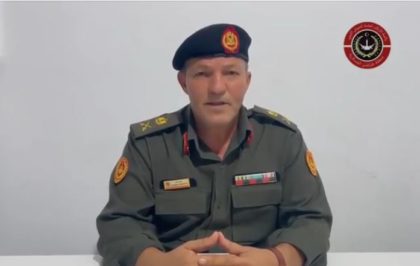 Forces belonging to Al-Samud brigade have taken control of the headquarters of the ministry of defense and the Presidential Council (PC), Tunisie Numerique reports citing local TV Al Ghad.

“Presidential elections will not be held in Libya and we will close all state institutions in Tripoli!” the brigade said in a statement.

Abdel Basset Marwan, head of the brigade that controls security in the Libyan capital has fired and arrested PC President Mohamed Younis Ahmed Al-Menfi. Other members of the council have also been arrested.

Over 50 candidate including Gaddafi’s son Saif al Islam and rogue and retired General Khalifa Haftar who sways power over much of the country’s eastern region, have submitted their candidacies for the election.

Several voices within Libya and outside have called for the postponement of the polls citing security concerns and electoral frauds.