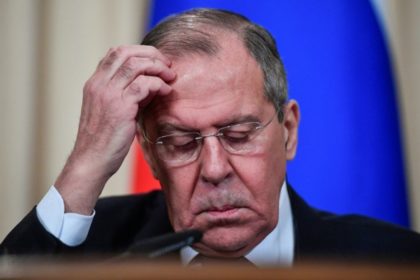 Russian Foreign Minister Sergei Lavrov has reportedly decided to cancel his planned tour to the MENA region that was to lead him starting Dec.12 to Israel, Palestine, Algeria and Morocco, Russian news outlets reported.

The reasons behind the cancellation were unclear, with some reports citing “personal reasons” and others a strike by staffers of Israel’s Foreign Ministry.

Other press reports impute the cancelation to the tension with neighboring Ukraine.

While in Morocco, Lavrov was expected to chair the Russian-Arab Cooperation Forum, to take place in Marrakech.

The cancellation of the Russian foreign minister’s visit to Morocco means the postponement of the said forum.

The Forum was initially planned for Oct.28 but was postponed to Mid-December due to very tight agenda of the Russian FM. However, Algerian regime propaganda tried to twist the facts, saying that a brewing crisis between Rabat and Moscow is behind the postponement of the forum.

Both Moscow and Rabat have denied the allegations and false reports circulated by the Algerian state media in a bid to undermine Moroccan-Russian relations.