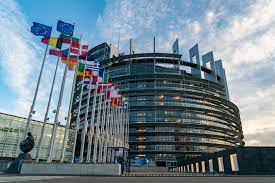 The European People’s Party (EPP), one of the largest political groups in the European Parliament, has expressed deep concern over Algeria’s unilateral decision of stopping to supply Europe with gas through the Maghreb Europe gas pipeline (GME) that crosses Morocco.

Algiers, which has cut off diplomatic ties with Rabat, stopped on Nov.1st supplying Spain and Portugal via Morocco with natural gas through the Maghreb-Europe pipeline.

In a priority question addressed to the European Commission, vice-president of the EPP group Andrey Kovachev said “this unilateral decision was taken at a time when the prices of gas had reached new highs on the eve of the winter season, giving rise to concerns that this could worsen the European energy crisis”.

The MEP urged the European Commission to assess the risks associated with the non renewal of the MEG agreement and wondered whether the Commission intends to take any measures to prevent a potential decrease in gas supply leading to rising energy prices in Europe.

Several other MEPs, politicians and analysts had also denounced Algeria’s unilateral decision to disrupt the Maghreb-Europe gas pipeline, saying the European Union should not accept Algeria’s gas blackmail and its attempts to use gas as a weapon for political gains.

They said the Algerian regime made the decision in a context of rising energy prices, stressing that the move is not targeting only Morocco but aims also to manipulate gas prices to exert pressure on the European countries.