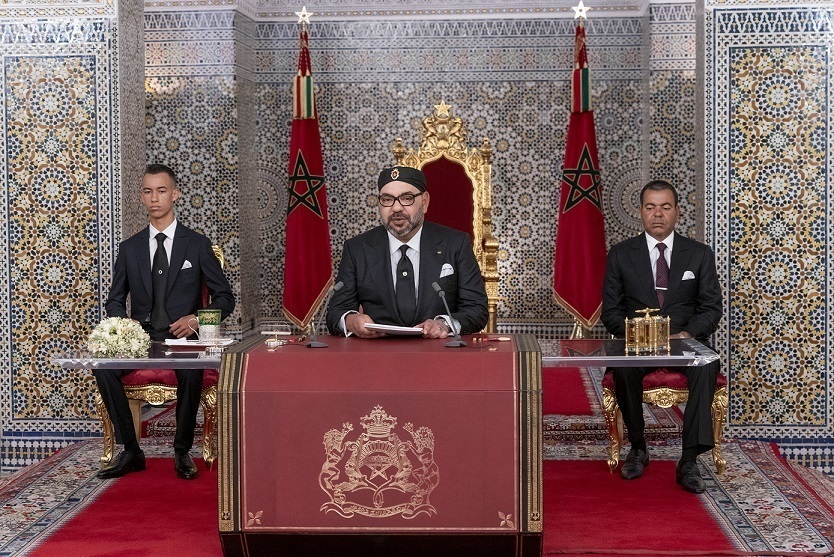 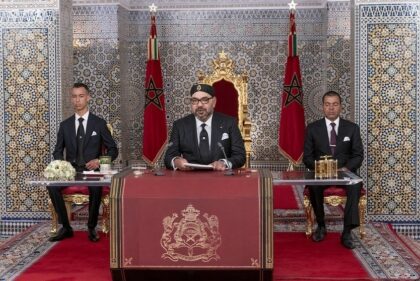 King Mohammed VI reaffirmed, this Saturday, Morocco’s attachment to the political process led by the UN on the issue of the artificial regional dispute around the Moroccan Sahara, insisting that today as in the past, the Moroccanness of the Sahara “was never- and never will be – on the negotiating table.”

In a speech he delivered this Saturday November 6 to mark the 46th anniversary of the Green March, the Sovereign also reiterated the Kingdom’s commitment to the search for a peaceful solution, adherence to the ceasefire, and the pursuit of coordination and cooperation with MINURSO, within the strict limits of its mandate.

The Monarch seized this occasion to reaffirm to the Secretary-General of the United Nations, Mr. Antonio Guterres, and his Personal Envoy, Morocco’s full support for the efforts the UN Chief is making to reactivate the political process as soon as possible. The king stressed, in this regard, the need to abide by the frame of reference mentioned in the Security Council resolutions since 2007 and applied in the meetings held in Geneva under UN auspices.

The Sovereign noted that Morocco is negotiating in order to reach a peaceful solution to this artificial regional dispute. The Monarch, who underlined that the positive dynamic characterizing the evolution of Morocco’s national cause cannot be stopped, pointed out that the Moroccanness of the Sahara is an immutable and indisputable fact, be it on account of history, legitimacy, the strong will of the Moroccan people or broad recognition by the international community.

The king recalled that in recent months, there have been quiet, tangible developments in the defense of Morocco’s Saharan territories, praising, in this regard, the Royal Armed Forces which secured the freedom of movement of persons and goods at the Guerguarat crossing between Morocco and the sister nation of Mauritania, on 13 November 2020. “That peaceful and nonetheless resolute action put an end to serious provocations and aggressions to which Morocco had drawn the attention of the international community, underscoring the risks those acts posed to security and stability in the region,” the Sovereign underlined.

While expressing his appreciation for the tangible and growing support the National Cause has received, the Monarch valued the sovereign decision of the United States of America, whereby it has recognized Morocco’s full sovereignty over its Sahara. “This is a natural consequence of the continuous support provided by previous US Administrations and an illustration of the United States’ constructive role in the settlement of this issue,” The king said.

“This trend reinforces the irreversible character of the political process for the achievement of a final solution, based on the autonomy initiative, within the framework of Moroccan sovereignty,” the Sovereign added. Moreover, the Monarch noted that the opening of consulates in the cities of Laayoune and Dakhla by more than 24 countries, particularly from the Arab world and Africa, confirms broad support for Morocco’s position.

This is the best legal and diplomatic answer to those who claim that the recognition of the Moroccanness of the Sahara is not explicit or tangible, The king stressed. “We believe we have every right, today, to expect bolder and clearer stances on the part of our partners regarding the territorial integrity of our country,” the Sovereign pointed out.

Such positions would not only contribute to bolstering the political course of action, but they would also support the efforts made to achieve a final, feasible solution, The king said.

North Africa Post's news desk is composed of journalists and editors, who are constantly working to provide new and accurate stories to NAP readers.
NEWER POSTMorocco shall not have any economic or commercial transaction excluding its Sahara, the King says
OLDER POSTUN confirms entry of two Algerian trucks in Northeastern Moroccan Sahara