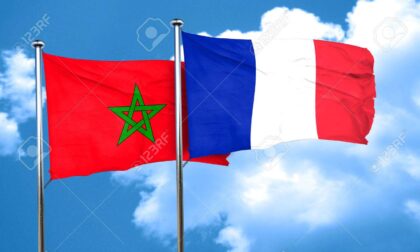 France must recognize Morocco’s sovereignty over its Sahara, said French essayist Gabriel Robin, for whom this recognition is France’s “duty” and is in “its immediate interest.”

In an op-ed published by the magazine “Conflits”, journalist and political consultant Gabriel Robin underlines that “the Sahara must remain Moroccan insofar as this territory historically belongs to Morocco and as ancient ties of allegiance exist between the tribes of the territory and the Moroccan sultanate.”

“We must act against the permanent interference of Algeria by supporting Morocco to serve our geostrategic interests”, he stresses. The Sahara is “a major area where to fight against uncontrolled immigration, against jihadist groups to which the Polisario is close, and against all forms of trafficking and criminality prevailing in the Sahel-Saharan zone,” he underscores.

“That France finally recognizes the sovereignty of Morocco in the Sahara: it is its duty and its immediate interest”, says the French essayist for whom the Sahara issue “could not be completely reduced to the sharp tensions between Algeria and its neighbor, the kingdom of Morocco”.

“This region of the world is essential for Europeans and Africa, in particular because of its proximity to the Sahel where the jihadists have established themselves”.

According to Gabriel Robin, “French and Moroccan interests converge, given the Moroccan determination to fight the jihadists and the at least complex relations that France maintains with Algeria, a country demanding permanent repentance on our part and using the colonial past to maintain the spirit of its population in an absurd and counterproductive hatred”.

While “Algeria is increasing its demonstrations of hostility: closing its airspace to Moroccan planes, naval patrols near Moroccan territorial waters, etc,” Europe remains silent, he laments.

Commenting the decision of the European Union Court to annul two trade agreements between Rabat and Brussels, he wonders: “Is it acceptable for a judge, transnational moreover, to decide what foreign and trade policy we should be pursuing?”