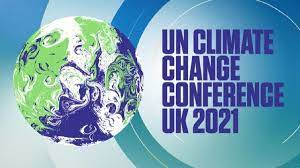 The COP26 UN Climate Change Conference, hosted by the UK in partnership with Italy, opened Monday in Glasgow, with the participation of Morocco.

The Moroccan delegation is led by the Head of Government, Aziz Akhannouch.

This conference will be an opportunity for the Moroccan delegation to present the ambitious policies and strategies that Morocco has successfully undertaken to consolidate the foundations of sustainable development, encourage the energy transition, and support clean technologies, as part of strengthening the effective contribution of the Kingdom to international efforts in this area, in accordance with its international obligations, a statement by the office of the head of government said.

Delegates from about 200 countries are attending the summit that is expected to announce their commitments towards cutting emissions by 2030 and limiting the global warming, as scientists are urging world leaders to take the needed actions to avoid a climate catastrophe.

Delayed for a year due to the pandemic restrictions, the 26th conference of the parties (COP26) of the UN Framework Convention on Climate Change needs to secure more ambitious pledges to further cut emissions, adapt to protect communities and natural habitats, mobilize finance to fund climate actions, ensure joint action to address the challenges of the climate crisis, and finalize the rules to implement the Paris Agreement.

Under the 2015 Paris agreement, world countries pledged to keep global warming “well below” 2C above pre-industrial levels, but since then, as extreme weather events have intensified, climate scientists have urged nations to aim for 1.5C to limit the risk of environmental disaster.

In a moving plea at the opening of the event, the UN Secretary General Antonio Guterres told world leaders that the six years since the Paris Climate Agreement have been the six hottest years on record.

“Our addiction to fossil fuels is pushing humanity to the brink. We face a stark choice: Either we stop it — or it stops us,” he said.

“It’s time to say: enough. Enough of brutalizing biodiversity. Enough of killing ourselves with carbon. Enough of treating nature like a toilet. Enough of burning and drilling and mining our way deeper. We are digging our own graves,” he told the participants in the event that will run through 12 November 2021.